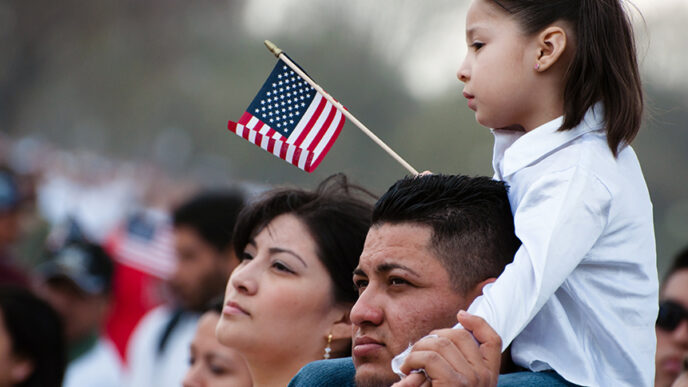 How the Public Charge Rule Could Endanger Illinois Families

On October 10, 2018, the Department of Homeland Security published a proposed new rule that would change who is considered a “public charge”—and could radically reshape our legal immigration system.

Public charge is a term used in immigration law to refer to a person who is primarily dependent on the government to meet their basic needs. The new proposed rule would broaden the definition to assess an immigrant’s likely use, at any time in the future, of even modest amounts of an expanded list of essential public programs.

When an individual living abroad applies for a visa to enter the U.S., or an immigrant applies for lawful permanent resident status (i.e. a “green card”), an immigration official looks at the person’s life circumstances to see if the person is likely to depend on government programs in the future. This consular or immigration officer considers the person’s age, health, family and financial status, education and skills. If the officer determines that the person is likely to become a public charge, the officer can refuse to grant their application to enter the U.S. or get a green card.

The Trump administration’s proposed test adds standards for income, health, age and English language proficiency, and an income test of 125% of the federal poverty line, in addition to expanding the forms of public assistance that are counted in a public charge determination. If finalized, this regulation would dramatically reshape our legal immigration system, putting the wealthy at the front of the line ahead of hardworking families who have waited years to to get their green cards or reunite with loved ones.

What to know about the law

According to the National Immigrant Law Center, here are the top things you should know about this proposed new rule:

If you have questions about your status, you can search for an immigration attorney or DoJ-accredited representative to consult about your individual case at ImmigrationLawHelp.org.

According to NILC, the proposal has already made immigrant families afraid to seek programs that help them stay strong and productive, and raise children who thrive. With approximately one in four children in the U.S. having at least one immigrant parent, the ramifications could affect millions nationwide.

In Illinois, 1 million people—including 379,000 children—could be impacted. 13% of Cook County’s population, or 658,000 people, could be affected by this rule change. In Kane, Lake, DuPage and Will counties, an estimated 261,000 people could be impacted.

Preliminary research presented this month at the American Public Health Association conference shows that Supplemental Nutrition Assistance Program (SNAP) participation among immigrant families declined in the first half of 2018, after 10 years of increasing participation from 2007 through 2017. The drop was highest among families who have been in the U.S. for fewer than five years. The data reinforces earlier reporting that suggests some families may be choosing not to participate in federal benefit programs, out of fear that it could impact their immigration status.

Lead researcher and deputy director of policy strategy for Boston Medical Center’s Children’s HealthWatch Allison Bovell-Ammon said, “We believe the drop in participation may be related to more nuanced changes in national immigration rhetoric and increased federal action to deport and detain immigrants. These findings demonstrate that rhetoric and the threat of policy changes, even before changes are enacted, may be causing families to forego nutrition assistance.”

What you can do

The best way to strengthen our country is to ensure that all families who live in it can meet their basic needs. All families need food, medical care, shelter and other basic necessities in order to thrive, and to make their fullest contribution to the community we share.