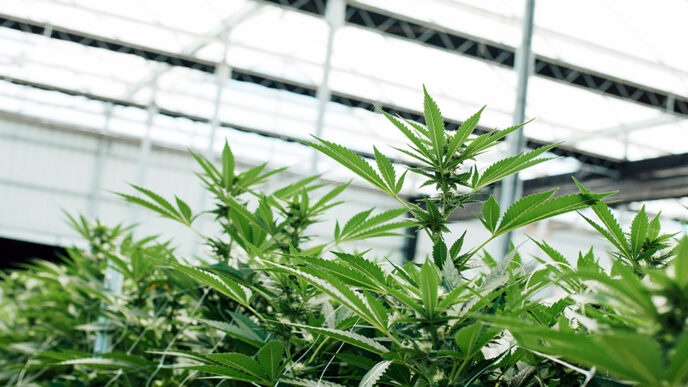 Last month Illinois became the first state in the nation to pass a bill through its state legislature legalizing the purchase and adult use of cannabis.

Built into this legislation is the Restore, Reinvest and Renew Program (R3), which earmarks 25% of cannabis tax revenues for violence reduction, community health and rehabilitation of people leaving prison. The funding will be concentrated in communities of color across the state which have been most gravely harmed through drug enforcement policy in the past.

Instrumental to developing and supporting the R3 framework was the Illinois Justice Project (ILJP), a supporting organization of The Chicago Community Trust promoting policies to reduce recidivism among youth and adults involved with the justice system and make our communities safer.

ILJP deputy director Sharone Mitchell, Jr. sat down with the Trust’s director of community impact Anna Lee for a conversation about how Illinois came to put racial equity at the center of its legalization effort, and where the greatest opportunities for impact lie.

Anna Lee: Let’s start with the core mission of the Illinois Justice Project and the roots of this effort.

Sharone Mitchell, Jr.: The Illinois Justice Project focuses on supporting people, programs and policies that do four things: reduce inappropriate incarceration; promote fairness in the criminal justice system; improve public safety outcomes; and reduce recidivism. Illinois Justice Project’s support of the R3 Program is a part of our history of building and supporting institutions that create better outcomes from our criminal justice system.

All of the main stakeholders—whether it’s the governor, lieutenant governor or folks in the General Assembly—wanted to launch this policy change with an equity lens. They were not interested in just legalizing cannabis and having big business make money off of it. The bill was intended to address the harms that the War on Drugs had presented.

AL: Let’s talk about that: the War on Drugs. What was the original intent of the legislation and how did it ultimately fail our state?

SM: I think about this in two ways. The War on Drugs—essentially using the justice system to disincentivize or disable people from using drugs—has been completely ineffective at affecting the use, affecting the supply or affecting the demand for drugs.

Meanwhile, it has actually been really effective at driving incarceration, concentrated in black and brown communities that are already inhibited by their lack of access to wealth and power.

But there are two other things that people don’t typically think about. The War on Drugs has taken so many resources away from police and prosecutors’ efforts to keep us safe. One of the numbers that I like to cite is that about 48% of the cases that come through Central Bond Court—the courthouse that takes in all of the felonies in Cook County—are drug cases. The County is inundated with all of these drug possession and low-level dealing cases that take place all over the County, but are enforced aggressively in select communities when those resources could be more effectively used to respond to violent crime.

The second thing is that people often talk about how in some areas the jail serves as the biggest, or only, mental health or drug treatment institution. The problem with that thinking is that these institutions aren’t built for that. And if you look at the numbers, what’s emerging is that this approach is actually killing people.

What you see is individuals coming out of jails and prisons that, because of their incarceration, haven’t recently used. But because they haven’t gotten adequate care inside and are now being thrust into the same pressures that drove them to use in the first place, they return to society and—because their tolerance is low—they die. And what we know is, if we took those resources and provided that care in the community, that would be much more effective in reducing risky behavior, but more importantly, preserving life.

The War on Drugs has taken so many resources away from police and prosecutors’ efforts to keep us safe. The County is inundated with all of these drug possession and low-level dealing cases that take place all over, but are enforced aggressively in select communities—when those resources could be more effectively used to respond to violent crime.

AL: Right. The impetus behind the War on Drugs was to make our community safer, and yet it has destabilized not only communities, but also families.

Could we talk about the tax revenue generated by the adult use of recreational cannabis and the opportunities it brings to strengthen our state? And what are the issues that we need to keep in mind as we implement the law?

SM: One of the interesting things is, people think that Chicago is the only place in the state that has violence issues. That’s not true actually. The bill creates a system that can drive resources to those areas across the state specifically, looking at those problems through the lens of a public health approach, incorporating voices of community members as they know best. They’re the experts.

So it’s solid on paper, but the question is how successful the state will be at implementation. At ILJP we are supporting the building of systems, working with the General Assembly and the Justice, Equity and Opportunity Office of the lieutenant governor, to think how we transfer the words on the paper into a vibrant system that really drives change.

AL: Why is it important to anchor racial equity in this discussion? Historically, was the enforcement of the cannabis laws equitable?

So people are coming back from the justice system, but are still incarcerated because of their records. It may not be in a prison, but their access to housing, their access to education and their access to jobs are significantly limited. We’re at a point now where one out of three adults in the United States has a criminal record. With that said, it is no coincidence that the communities with the highest concentrations of violence are the communities that have the highest concentrations of people returning to their borders with debilitating criminal records.

This bill had to take an equity lens if it wanted to start to work on the ills of the War on Drugs, but also think about the symptoms of over-incarceration—and one of the direct symptoms is the violence that we are seeing today.

AL: There’s a direct correlation between equity and safety. You posit that if we implement this law equitably, we all will be better off. Public safety will be enhanced and violence will also decrease. Sharone, could you unpack that a bit?

SM: Yeah, this is about safety. There is a sad idea that criminal justice reform and public safety are at odds, and that can’t be further from the truth. The fact of the matter is that criminal justice reform is rooted in the pursuit of a fair administration of justice. A system that determines worth via how fair it is, versus how punitive, creates an environment in which people are safer. People trust the police and they trust the court system when their brothers and sisters are treated fairly. If our outlook is limited to “Oh, if we put a bad person in prison, we’re safer” we will never get where we need to go. It is much more complicated than that, and we have decades and decades and decades of proof.

AL: In previous conversations, I’ve appreciated how you’ve talked about the ways we can remedy public health issues of gun violence by making the necessary investments in our communities.

SM: Because the interesting thing is that lots of people talk about how we don’t invest in our communities. And that’s true in part—but listen, our expenditures in the criminal justice system are investments in that community, right? It’s perverse, but we have a limited amount of dollars to help keep us safe, and the vast majority of those dollars have been wasted on doing things that exacerbate the problem, or aren’t the most effective way of getting done what we want to get done. It’s not to say that we don’t need law enforcement. We need our law enforcement, but we need to use and fund them in a way that’s smart, that works with the community. Throwing people in prison and throwing criminal records at people just isn’t the way to do it.

I want there to be somebody to respond to violence at my doorstep—but more importantly, and in concert, I want somebody to be there preventing it before it happens. This bill will hopefully drive real dollars into solutions that affect the root cause.

AL: And we know that there’s no panacea. As you said, we can’t solve violence in one way. So what’s different about this legislation and its potential impact for our communities?

SM: Well, for me, it is finally addressing root causes. In 2016, we were experiencing a great increase in gun violence and many folks’ response was to increase the penalty on those possessing guns. I could understand why folks would want to do that. The problem is, that was just a really ineffective way of solving the problem. It doesn’t answer the questions on why someone picks up a gun in the first place. It doesn’t work to eradicate the conflicts that create violence. It doesn’t work to change the environments that breed bad outcomes. It just doubles down on a bad strategy.

What a bill like this does is says, “We understand violence is an issue, but instead of trying to mess around with the margins, we’re going to attack the root causes of violence.”

I want there to be somebody to respond to violence at my doorstep—but more importantly, and in concert, I want somebody to be there preventing it before it happens. This bill will hopefully drive real dollars into solutions that affect the root cause.

AL: I think it’s bold in its aspirations, and I appreciate that. What’s exciting to me is that it has the power to shift the way that we criminalize black and brown young people. We have an opportunity here to shift that narrative.

SM: It’s important to note that this is just one piece. There are lots of things that we need to do in terms of our approach to crime, in our approach to incarceration. What this law stands for is the idea that we’re going to invest in prevention and not just punishment, and that is something that is novel for our state. We will only be successful when every bill we pass speaks with the same voice as this one does.

No one piece of legislation can address hundreds of years of systematic oppression and disinvestment, but this law had the intent that we’re going to start the process.