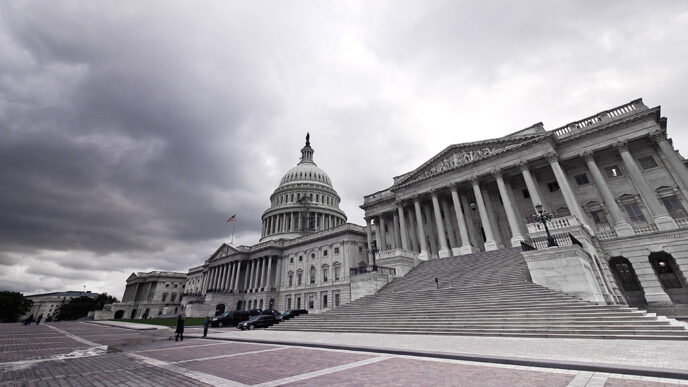 Legislation passed on Friday, January 25 has temporarily ended the longest federal government shutdown in history. But its cost is estimated to top $6 billion—including the costs to more than 800,000 unpaid federal workers and their families nationwide.

Illinois is home to 12,600 of those employees. And since January 11—when federal workers were not provided a paycheck due to the shutdown—requests for aid to local organizations by federal workers experiencing economic hardship and food insecurity have increased each day.

In response to the immediate basic needs of unpaid federal workers, The Chicago Community Trust has made two grants, totaling $50,000, to All Chicago’s Emergency Fund and the Greater Chicago Food Depository.

Even with federal employees heading back to work, their need for support will not recede overnight. The two grant recipients were selected for their ability to immediately deploy temporary assistance, and to help address the ongoing, unmet need among federal workers and their families.

Funding for these grants comes from the Unity Fund, the Trust’s ongoing initiative that mobilizes donors’ gifts into rapid support for critical needs across our community.

Since January 11—when federal workers were not provided a paycheck due to the shutdown—requests for aid by federal workers experiencing economic hardship and food insecurity have increased each day.

Established ten years ago in response to the Great Recession, Unity Fund has continued to evolve and respond to the most urgent human needs—so that when this government shutdown created a spike in demand for temporary support among unpaid workers, Unity Fund was there.

The Trust is profoundly thankful for the generous donors who commit to restoring stability for Chicago communities, in partnership with our program officers whose expertise helps their philanthropic dollars have greatest effect.