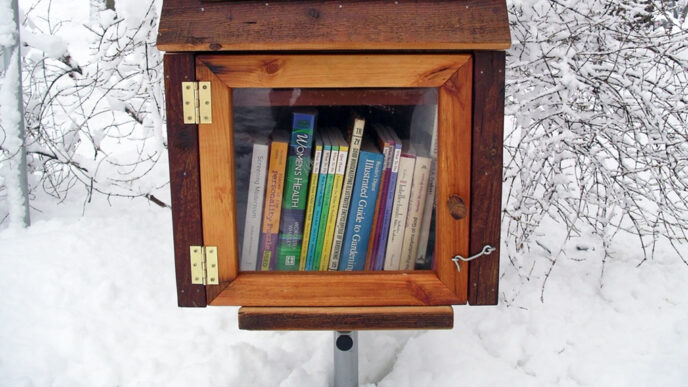 As budget challenges prompt cutbacks in public services, many of our neighborhoods bear the burden.

But whether it’s food scarcity or access to information, six Acting Up awards recipients are stepping into the gap, leveraging their $1,000 awards—and their dedication and creativity—into immeasurable benefit for their communities.

After losing their local library branch, members of the group Edgewater Reads decided to meet the high demand for books in the area by getting creative. They decided to expand their Little Free Library project to neighborhoods without library access. At the cost of $100 per library, they are able to build ten new installments with their $1,000 Acting Up award.

Meanwhile, in Galewood, residents have worked to offset the loss of their local library branch in 2010 by taking initiative to install little library stations. With community support, they plan to install four themed stations to provide reading access for babies, school-aged children, teens and adults.

The need for little libraries doesn’t end at city limits. It also extends to Evanston’s fifth ward, which is an economic contrast to many of the very affluent surrounding areas. This program is meeting the need for reading materials with volunteers, donations, and their Acting Up award, to build and install little library structures on private property throughout their ward.

The Hermosa Neighborhood Association is splitting its Acting Up award between two projects—one to add little free libraries in Kelvyn Park, Hermosa Park and Kil-Parker Community Garden, and a second to add green space to Nixon Elementary’s mostly blacktop campus by building and painting planters for the school.

This community center set to open in 2017 is working to provide diverse programming to address the needs of survivors of police violence in Chicago. Their award will help to fund “know your rights” training, creative space for arts and music, and storytelling workshops to help victims express their experiences.

Al Raby School in Garfield Park is using their award to convert space at the school into a student-run food pantry to serve the community. The school serves a low-income area, with 98% of students qualifying for free or reduced lunch, and would make this resource available to students and residents in need. Their award will help to stock the pantry, as well as publicize its availability.

The Acting Up awards program is proud to support these awardees, and the lasting impact they will have.