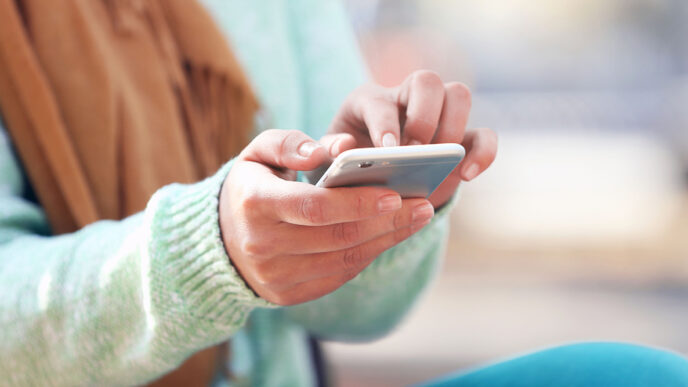 For Teens in Crisis, Help Starts with a Text

When Nancy Lublin finished a recent talk at Chicago Ideas Week about Crisis Text Line, the national help line she founded, a young man walked up and said there was something he wanted to tell her.

“Let me show you something,” he said, pointing to a photo on his cell phone. “This is my little brother, and he is alive because of you.”

[pullquote]Reaching out for help is hard. Texting CHI 741741 makes it easier to reach support thanks to @CrisisTextLine[/pullquote]

The man explained that his brother had contacted Crisis Text Line during a dark time in his life and made it through with the help of a counselor. He was later hospitalized and diagnosed with bipolar disorder, and today is doing much better. “It was really touch and go for a while,” the man told Lublin. “And you are the guys who helped him.”

Looking back, Lublin says she was blown away by that encounter. “I was shaking,” she says. “I canceled the rest of the afternoon and took a walk around Chicago. I just needed to walk.”

Lublin has received many notes and letters of thanks from those who have used Crisis Text Line, but this was different. “That was the first time someone in person came up to me like that,” she says. “And there was something full circle about it happening in Chicago.”

Crisis Text Line (741741), which serves mostly teenagers but is available to anyone in need, launched in 2013 in Chicago. Its counselors offer emotional support and information via texts, a medium favored by young people, who contact the line seeking help for depression, thoughts of suicide and other types of personal crisis.

Lublin was inspired to create Crisis Text Line while she was the CEO of DoSomething.org, a youth empowerment organization based in New York City. “The primary way we communicated with young people was by text because that’s the way young people communicate,” Lublin says.

“We started getting responses from people that had nothing to do with the campaign–about being bullied, about drug abuse.” The staff directed texters to crisis hotlines, and provided numbers of organizations that could help.

Lublin says, “We then got a text from a girl that was just over the top.” The girl’s text said that she had been repeatedly raped. She later revealed that the rapist was her father, who instructed her not to tell anyone.

Lublin is no stranger to helping those in need. She’s the founder of Dress for Success, a charity that provides clothing to unemployed women going on job interviews. Now, inspired with the idea for Crisis Text Line, she began using her connections and reaching out for funding. It wasn’t easy at first, but she got some big donors, including LinkedIn founder Reid Hoffman, Warren Buffett’s son, Peter Buffett, and the MacArthur Foundation.

She also persuaded JCPenney to place signs at its store cash registers seeking donations. “We got nickels, dimes and quarters—and Americans gave us $1.3 million,” she says.

After launching in Chicago in August 2013, home of the MacArthur Foundation, the service also opened an operation in El Paso. They spread the word about Crisis Text Line by first sending messages to youth involved with DoSomething.org.

“We said, if you or someone you know needs help, here’s a number you can text,” Lublin says. “Within four months we were in every area code in America. It spread by word of mouth very quickly. People were posting it on Facebook, telling friends at school.”

When the service started, Crisis Text Line referred texts for help to established crisis hotline centers. A year later, they created their own training program. All counselors are screened and trained in the unique language of texting. There are now about 1,000 volunteer counselors around the country, along with about 30 staff including supervisors who are licensed social workers or mental health professionals.

Crisis Text Line receives about 25,000 texts per day, of which five are “active rescues,” which means they’ve determined a person is at imminent risk of hurting him or herself or others. Most of the time the texters give an address; but if not, Crisis Text Line can work with cell phone carriers to locate them and call 911.

Crisis Text Line is building a database of information to help analyze trends based on the people it serves. Lublin says the organization will provide Chicago a data set if people in crisis within the city text CHI 741741. “We’re encouraging people in the city to spread the word,” she said. “If you’re in crisis in Chicago, please text CHI 741741.”