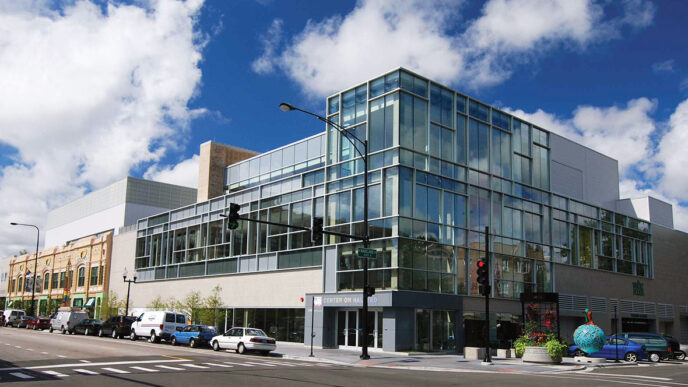 Hundreds of lesbian, gay, bisexual, transgender or queer young people in Chicago have no place to stay tonight.

Longtime activist Richard Turner is helping to change that, as part of the new Youth Housing Initiative at the Center on Halsted. As the LGBTQ community hub’s board chair, Turner is proud to be part of this significant new effort to break the cycle of homelessness at a critical stage in young lives.

Through the initiative, young adults ages 18 to 24 experiencing homelessness are matched with cluster-site transitional homes, with 24-hour security, community areas, laundry facilities, case-management services and other support. They’ll live rent-free for up to five years, as needed, after which, according to the program’s goals, they’ll be in shape to maintain stable housing on their own.

Center officials hope to replicate this model throughout the city, and eventually to open a dedicated facility. Other qualifying conditions for participating in the program, besides homelessness, include disability or a history of trauma.

“It’s really important, while these young people are still shaping who they are, to give them some kind of housing stability, and to provide services and role models,” Turner says.

Retired after a long career in professional philanthropy, Turner knows that taking the long view on helping people requires planning.

One of the first inductees into the Chicago Gay and Lesbian Hall of Fame, Turner grew up comfortable with his own orientation, thanks in large part to a caring family. He started out his professional life as a newspaper reporter, then taught high school in Chicago and Scottsdale.

But he found his true calling, he says, during the decade he worked for The Chicago Community Trust, beginning in the mid-1980s. He went on to work for 14 years as manager for corporate contributions at Peoples Gas.

While working at the Trust, Turner watched the lethal AIDS epidemic unfold among his friends. “AIDS got me to the table” in terms of his own private philanthropy, he says. He was president the board of the AIDS Foundation of Chicago for a time, and has served on a number of other boards over the years.

“I always say, it was the best of times, and the worst of times. AIDS made us look around; we had each been looking at ourselves. AIDS brought us together as a community. There had been some efforts before then, but they had not been as concentrated as they were after AIDS emerged on the scene,” he says.

“We worked on health issues, community, anti-discrimination issues, employment, education. Now we are beginning to see the kids who are coming behind us.”

Gallup last year reported that about 4 percent of young people in the United States identify as LGBTQ, a number that is likely a conservative estimate due to underreporting.

Isolation, rejection and homelessness were common in earlier times; even today, young people are leaving home because they aren’t accepted or safe there, and are winding up on the streets. Half the young people who use the Center on Halsted’s programs are homeless, says Peter Johnson, director of public relations.

“I always say, it was the best of times, and the worst of times. AIDS made us look around; we had each been looking at ourselves. AIDS brought us together as a community.”

According to Chicago’s 2014 Homeless Youth Count, more than 1,100 young people may be homeless on any given night in Chicago. Estimates as to how many homeless young adults identify as LGBTQ range between 20 and 40 percent, according to the National Network for Youth, an advocacy group.

But citywide, only an estimated 375 units of housing are available for all homeless young adults, according to a recent feasibility study conducted for the Center on Halsted.

Every young person has to build their own capacity “to deal with themselves,” Turner notes, but the most vulnerable may need more support than the average. Once they’re motivated to get off the streets, the individuals who find transitional shelter “will have stability, a place to sleep and hang their clothes, case managers and counselors, access and referrals to health care, CTA vouchers so they can get to school, jobs or interviews.”

This is true philanthropy, he says: supporting individuals to develop the habits and the emotional skills they’ll need to maintain a home of their own, and to build success for their future.