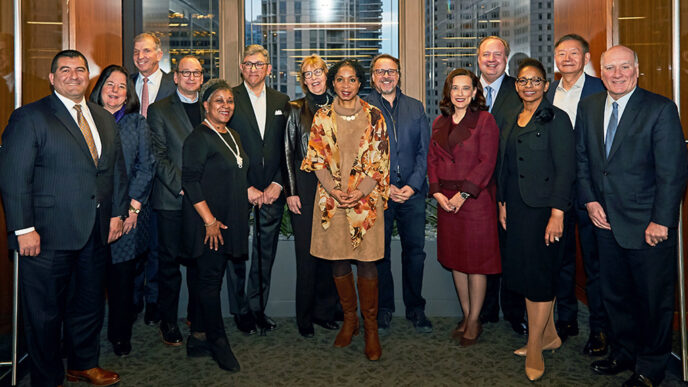 Along with the new year has come an influx of strong new leadership to The Chicago Community Trust. We’re pleased to update you on several new voices helping to shape the Trust’s enduring philanthropic impact.

In January, Linda Wolf assumed the chair of our Executive Committee, succeeding previous chair Michael Ferro. The retired chairman and CEO of Leo Burnett Worldwide, Wolf joined the Trust’s board in 2013. You can learn more about her civic commitments to Chicago, and her support for critical needs through the Trust’s Unity Fund, in this conversation on philanthropy with Linda Wolf and director of development Antonio Martinez.

“You bring into a role who you are; you bring your whole person. I bring who I am as an African American, as a woman, as a physician, as somebody who is a middle child of five children. I bring all of that into the equation, and I hope that because I have some experiences that are different than my predecessors, I’ll see issues in a different way.”

Finally, Dr. Helene D. Gayle is approaching her six-month anniversary as the Trust’s president & CEO. Hear what Dr. Gayle has been learning and sharing since her arrival:

• And experience Dr. Gayle in conversation with Dr. Julie Morita, commissioner of the Chicago Department of Public Health, at the launch of Elevated Chicago, an equitable transit-oriented development initiative founded by the Trust and partners.