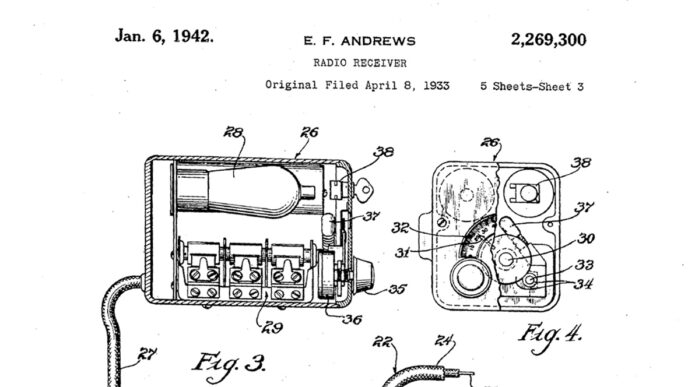 Einstein’s Friend: The Chicago Inventor Who Helped Defeat the Nazis

An unassuming but visionary donor, Edward F. Andrews directed his philanthropic focus on medicine and science. Andrews was a passionate and prolific inventor who regularly corresponded on scientific problems with Albert Einstein before he became a household name.

Andrews’ scientific accomplishments included a string of inventions: a Braille learning machine for the blind, a heart pulsator that saved countless lives during open-heart surgery, and improvements to radar technology that helped England defend itself from Nazi Germany.

Andrews was a close friend to Einstein after he fled Germany in the 1930s. He sent his wife, Mrs. Sarainne Loewe Andrews, to meet Einstein at the old LaSalle Street Station, telling her to look for a small aging man. Mrs. Andrews was unprepared, however, for the heartbreakingly shabby appearance of Einstein, who had escaped Europe with only the clothes on his back.

[pullquote]“Einstein had escaped Germany with only the clothes on his back. So Mrs. Andrews took him to Marshall Field’s.”[/pullquote]

Born into privilege, Andrews was a quiet man who was most comfortable in canvas shoes and a baseball cap long before such a casual style was commonplace. There was a uniquely selfless quality to Andrews’ inventions—he gave away more than half of his patents to the U.S. Library of Congress.

Upon Edward’s death, Mrs. Andrews and the other directors of their family foundation decided to terminate it to create an unrestricted fund in his memory at The Chicago Community Trust. “It is only fitting that Edward F. Andrews be remembered best here,” she explained, “because he gave so much to Chicago and its people.”