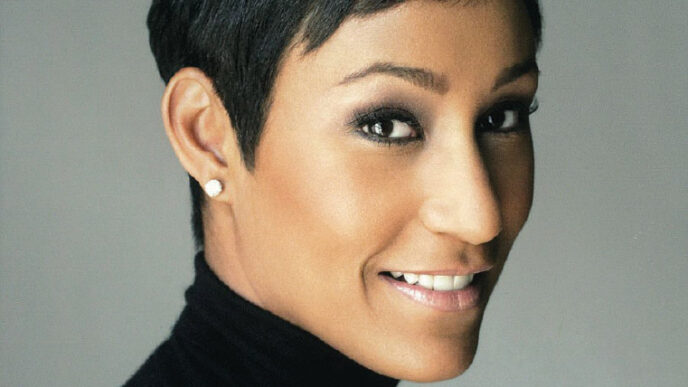 Raised by educator parents in New Orleans, Desirée Rogers recalls helping out at the daycare owned and operated by her mother and assisting her father with GED tutoring. “I was taught to be a participant in my community in whatever way I could, to do anything in my power to better society,” says the accomplished businesswoman and former White House social secretary.

Now Rogers has passed down the giving gene to her own child. In 2017, she created a donor advised fund at the Trust as a way to give in collaboration with her adult daughter, Victoria.

“I feel like I’ve known about the Trust as long as I’ve been in Chicago, which is about 30 years,” Rogers says. “I thought partnering with an institution of the Trust’s caliber would help us be effective and efficient in our giving.”

With Rogers’ upbringing, it’s no surprise that she gravitates toward education in her philanthropy. But thanks to Victoria—an MFA candidate at Parsons School of Design—she has also become a passionate supporter of young Black artists.

“These artists are recounting our history while reimagining what our future can look like. It’s so important to our legacy that they remain funded and in a position to express themselves,” says Rogers.

[pullquote]“ The Trust is one of the pillars of Chicago. I value its stellar character, long history, the depth and breadth of its work, and its willingness to have conversations about what it’s doing. As a donor, I never have to worry, simply because it’s the Trust.” -Desirée Rogers[/pullquote]

These days, that legacy is on Rogers’ mind more than ever. She’s increasingly motivated by the barrage of data showing Black individuals lagging behind in health, education, and wealth attainment. Last year, she made a substantial investment in the Trust’s microbusiness recovery grant program to help small businesses of color that were impacted by COVID-19.

“As a small business owner myself, I understand how difficult it can be to launch, manage, and grow a business. It is so important for us to support entrepreneurs of color so they can generate wealth for generations to come,” Rogers says.

It’s clear that Rogers’ boundless energy for giving back has taken deep root in Victoria, a creative business strategist and aspiring designer who already sits on several nonprofit boards. Rogers credits Victoria’s father, noted businessman, philanthropist, and Trust donor John Rogers, as another “north star” guiding her daughter’s charitable vision. Of her family’s philanthropic legacy, Rogers says, “Victoria’s going take it to the next level—it’s in her DNA.”