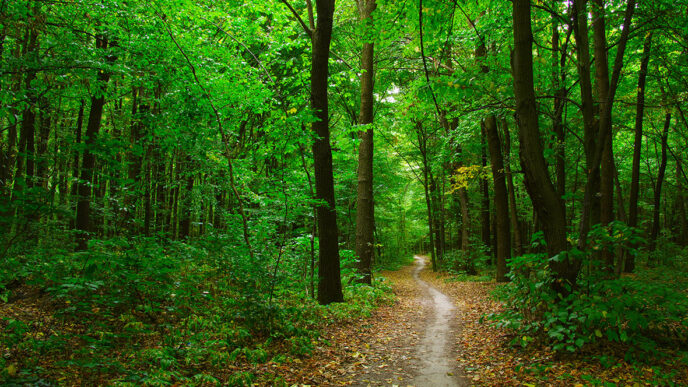 For 100 years, generations of outdoor enthusiasts have looked at the Forest Preserves of Cook County as their personal oasis away from the rat race of urban life.

Comprised of 68,000 wooded acres, the Forest Preserves—the largest of its kind in the United States—teem with a diverse variety of wildlife, plants, outdoor recreation and environmental education opportunities.

[pullquote]Preserving Cook County’s forests as an oasis, a classroom, + a cure for “nature deficit disorder”[/pullquote]

The Forest Preserve Foundation, an independent nonprofit charitable organization, supports and sustains the preserve’s natural habitats. Stu Cohn, the Foundation’s board chairman, has been instrumental in getting the organization on its feet since day one.

Cohn, a lawyer, readily admits he doesn’t have “a lot of history with camping and the outdoors. It’s not in my DNA,” he says laughing.

Instead, it was his skill as a lawyer that instigated his involvement with the foundation from its inception.

“The Forest Preserves are quite a natural treasure,” says Cohn.

Years ago, Cohn helped former Cook County Commissioner Mario Moreno form a neighborhood nonprofit. His name came up again in 2006 when Al Pritchett, former chief administrative officer for the Cook County Board, asked if anyone knew of a lawyer who could help set up the Forest Preserve Foundation.

“The motivating idea was that people who might not want to make contributions to government entities would be willing to make donations to a private charity to support the foundation’s mission,” Cohn says. “That was really the foundation’s genesis.”

But the foundation was inactive for several years. In need of an executive director, there were no funds to hire one.

“It was sort of a catch-22,” he explains. “We needed an executive director to help with fundraising but didn’t have the money to hire one.”

Assistance came in 2013 via a grant from the Forest Preserve District, and the foundation hired its first executive director, Shelley Davis.

The foundation now provides grants in support of programs in the forest preserves, including Citizen Scientists and the Conservation Corps. There also is a special emphasis on programs for youth who don’t have everyday access to the wonders of nature.

Cohn references the phrase “nature deficit disorder” to express one of the goals of the foundation: To make the forest preserves accessible to children who may see local parks as their only outdoor space.

“I think a lot of kids, for understandable reasons, make more use of the parks than the forest preserves, which are often not quite as accessible,” Cohn says. “They are more segregated geographically so we try to make it easier for them to get out there.”

Cohn notes that he’s there to serve the foundation’s mission—“restoration, preservation, education and youth involvement”—but there’s also a benefit for him.

“It’s nice to get out of the office world and do something completely unrelated that involves nature and work with a group of very accomplished, dedicated and philanthropically oriented people,” he says.

His advice to those who want to volunteer or just visit the forest preserves: “It’s a very good place to clear your head, learn about nature and get away from the hustle and bustle of the city.”