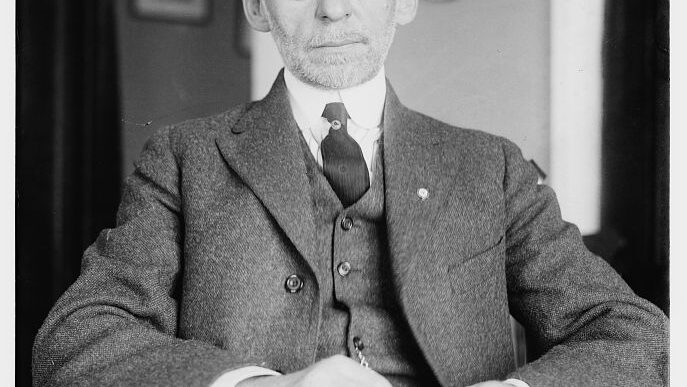 In 1924, Frank Loomis published the fourth installment in the early Trust’s series of social surveys.

The Cook County Jail Survey in 1924 described inadequacies of the then-current jail.

Daniel Ryan, Sr., the chairman of the Cook County Board in 1922, requested that the Trust conduct a survey of the Cook County Jail. To conduct the survey, Loomis commissioned the renowned expert Dr. George W. Kirchwey. Dean of Columbia University Law School and former warden of Sing Sing Prison, Kirchwey was among the most distinguished penologists in the United States.

The Cook County Jail Survey was, and remains, a devastating document. It describes in stunning detail the complete inadequacies of the then-current jail, and it points to solutions that even today would be considered far ahead of their time.

An inefficient justice system was identified as a major factor in the overcrowding of the jail.

Many of the survey’s recommendations were architectural — such as the idea of physically separating first-time from repeat offenders in a detention camp instead of integrating them into a shared prison.

Unfortunately, new mayor Anton Cermak eroded the survey’s innovative and humane ideas one by one until all that was left is the massive fortress that currently stands at 26th and California.

Insightful but ignored, the Cook County Jail Survey was successful in principle but a harsh disappointment in outcome.