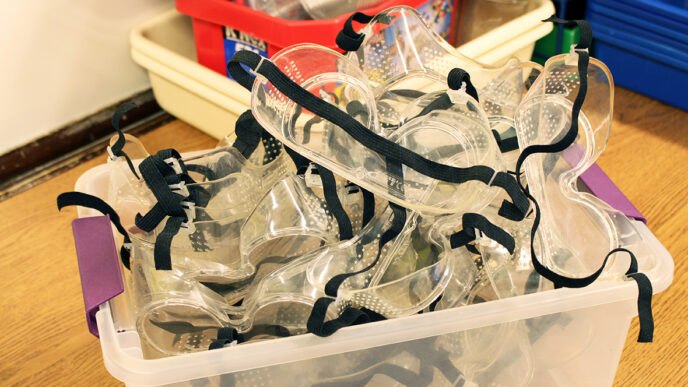 Dzevida Duheric and her family fled Bosnia and came to America in 1997, when she was just 15 years old. Although the group left a country ravaged by war, they also left behind their extended family and their culture.

“Going to school was tough,” she says. “I always loved school; school was my passion. But here, not having friends, not knowing the language, made it difficult. It was hard for my parents and I, the cultural differences.”

[pullquote]Teacher who led low-income, minority CPS students to Sci Olympiad triumph: “Every moment was worth a million dollars”[/pullquote]

The universal language of mathematics and Duheric’s love for learning helped ease her transition. She was able to use her book smarts to gain confidence… and friends.

“I was a strong student in my country—one of the top students in the school,” she says. “When I moved here, the kids would come up to me with notebooks and say ‘show us; help us out.’ I couldn’t communicate with them with words, but I could communicate by helping them solve problems.”

That love for learning—and teaching—led Duheric away from her original career goal of becoming an accountant. Today, she is a sixth grade science teacher at Volta Elementary School, on the city’s northwest side.

A self-confessed numbers geek, Duheric started out teaching math. Then, her principal asked her to take on science instruction. Nervous, she obliged. Even she couldn’t imagine what would happen next.

This past spring, Volta’s Science Olympiad team, coached by Duheric, took home medals in robotics, solar systems, bridge building and more at the 2015 Illinois Science Olympiad championships. Volta’s 27-person team made it to the state championships by beating some of the top schools in the city, including gifted and selective enrollment schools like Whitney Young and Edison Elementary.

This feat is especially impressive because 96% of Volta students come from low-income families, and more than 90% of the school’s 1,000 students are minorities.

Volta Elementary was part of the Trust’s education grant initiative to raise teaching and learning in Chicago schools to world-class standards. As part of this grant support, a science coach worked with Volta’s dedicated teachers like Duheric, providing support to help improve their teaching practice.

Though she knows the deck was stacked against the team, Duheric says she never doubted her students.

“I’m very big on respect, honesty and working hard,” she says. “If you let students know that success is all about hard work and believing in yourself and not giving up, they respond.”

Getting into the winner’s circle didn’t come easy for the Volta students—it required lots of after-school and weekend hours. But Duheric’s students rose to the challenge.

“We had 100% participation every time we met,” she says. And she wasn’t surprised. “These kids want to be part of these bigger clubs, to take on these challenges. They love it.”

Looking toward the future, Duheric wants to expand on the school’s Science Olympiad victories. “We have more and more students applying to be on the team for next year,” she says. “I have to figure out a way to narrow the group.”

She’s also thinking up ways to extend the love of science and learning beyond the competition.

“I wish I could provide even more for them, like summer camps or similar opportunities,” she says. “I constantly push them, provide incentives.”

Duheric wants to involve parents in the process and has plans to start a science night at the school, where parents can come and work on experiments with their children. The extra workload that comes with these projects doesn’t deter her.

“I do stuff at home, I stay after school. It’s an enormous amount of work. But seeing the outcome at the end is worth it all,” she tearfully says. “Every moment was worth a million dollars. I’m so proud of my students. I really am. They deserve the best.”