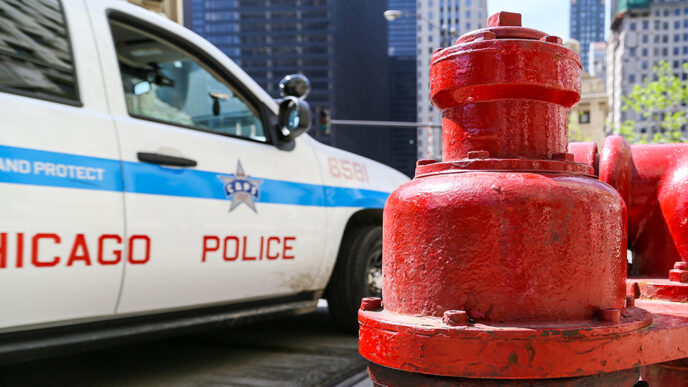 Chicagoans with Disabilities Fight for a Voice in Police Reform

In January 2017, following a yearlong investigation, the U.S. Department of Justice issued a comprehensive report detailing excessive use of force by the Chicago Police Department.

As government officials negotiate a path toward comprehensive reform, two of The Chicago Community Trust’s GO Grant recipients—the American Civil Liberties Union of Illinois and Equip for Equality—are working to ensure that interactions between police and people with disabilities are integral to any reform effort.

Together with Community Renewal Society, Communities United, Next Steps and ONE Northside, the two groups filed a federal lawsuit yesterday seeking to ensure that any reform efforts of the Chicago Police Department include the participation of communities that are disproportionately impacted by current abuses—including people with disabilities, as well as African-American and Latino residents.

One in four victims of police violence has a disability. The suit alleges that the City has failed to train officers for safe interactions with people with disabilities, as well as fostering disproportionate use of force on African-American and Latino residents.

“We hear regular accounts of frightening, dangerous interactions between Chicago Police and people with disabilities,” said Barry C. Taylor, vice president for civil rights at Equip for Equality. “Police need the training and preparation necessary to insure that these interactions do not occur in the future. This must be a part of police reform in this City.”

One in four victims of police violence has a disability. The suit alleges that the City has failed to train officers for safe interactions with people with disabilities, as well as fostering disproportionate use of force on African-American and Latino residents.

The Department of Justice report followed on the heels of the 2016 Police Accountability Task Force’s Recommendations for Reform, which acknowledged “systemic institutional failures” resulting in death, injury and pervasive abuse at the hands of the CPD.

The DOJ concluded that, to address such entrenched problems, a consent decree with independent oversight was necessary. Mayor Rahm Emanuel announced in August that the City would work with the office of Illinois Attorney General Lisa Madigan to negotiate a consent decree.

But according to the lawsuit, neither the City nor the Attorney General’s office has signaled any role in their reform efforts for representatives of the African-American, Latino and disability communities most affected by police violence, nor whether they will have a role in the enforcement and monitoring of a consent decree.

Indeed, the City is fighting a suit brought by civil rights groups and victims of police violence, raising concerns that the voices of those most directly impacted by reform efforts will be excluded.

“People with disabilities are not currently served well by either our mental health care system or our criminal justice system,” said Fred Friedman of Next Steps. “The results get worse when those systems intersect. It is critical that the interests and concerns of those with disabilities be fully heard and considered in police reform.”

“This lawsuit helps insure we have a seat at the table,” Friedman said.