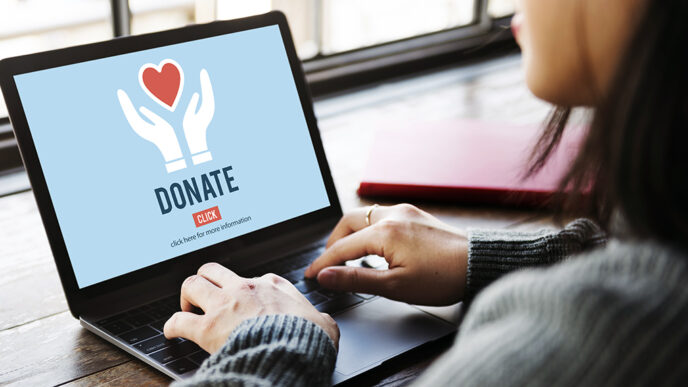 Charitable Giving Surges to $410B, But Who’s Giving — and Who’s Not?

Charities—especially fundraisers within—anxiously await mid-June each year to learn how charitable giving fared the prior year.

On June 12, Giving USA released its annual report with commentary around how, why and from whom the previous year’s gifts arrived. This year’s anticipation was held against the backdrop of the Tax Cuts and Jobs Act of 2017, which increased the standardized deduction and capped the state and local income, property and sales taxes, providing speculation that fewer charitable contributions will be made in 2018 and beyond.

The color commentary this year included a few head-scratchers, leading to potential nail biting about the impact on future year contributions.

The celebratory news is that giving—overall—was up 5% (3% adjusted for inflation)!

Giving USA’s annual study of charitable contributions shows record giving of $410 billion in 2017, with increases in giving from all four sources: foundations, corporations, individuals and bequests. Click to view detail

Who: Significantly, 70% of that amount came from individual donors; 16% from foundations; 9% from bequests (gifts from individuals made at death); and 5% from corporations. Across the board, every category measured saw a similar increase in total dollars given, with individuals (current and at death) accounting for nearly 80% of all giving in 2017.

Why: The stock market played an outsized role in the increase in giving last year. For individuals, feeling financially stable provides confidence to buy and to give. For foundations, the strong stock market produced increased fund values resulting in greater dollar amounts to distribute. For corporations, as the economy strengthens, investments in infrastructure, R & D, human capital and making a difference within community become more achievable.

How: This is where some of the head-scratching comes in. Individuals have consistently contributed 70% to 72% of total annual giving. Yet a smaller percentage of Americans are included in that giving (56% in 2017, compared to 66% in 2000)—meaning that fewer American households are giving, even though the total dollar amount from individuals is growing.

Further illustrating the widening wealth gap within America, the percentage of income given has remained constant for over 40 years, at approximately 2% of adjusted gross income. Interestingly, the research found that those in their prime earning years, between ages 51 and 60, gave less than in prior years.

Individuals have consistently contributed 70% to 72% of total annual giving. Yet a smaller percentage of Americans are included in that giving—meaning that fewer American households are giving, even though the total dollar amount from individuals is growing.

At the end of 2017, The Chicago Community Trust saw a significant increase in donors establishing or adding to donor advised funds: vehicles that allow individuals to set aside funds now to give in future years. The passage of the Tax Cuts and Jobs Act combined with the increase in the stock market led many to decide 2017 was a good year to set aside money for charity.

The new law also highlighted the term “bunching” as a way for individuals to give in an income tax-efficient manner from one year to another. As credits and deductions alter how individuals give, one approach for income givers is to give significantly one year to a donor advised fund, distribute an amount typically made each year, then wait for a future year to make additions to the donor advised fund. For wealth givers, however, the tax law has created a different situation: the liquidation of assets, i.e. sale of companies, prompting creation of donor advised funds pre-sale in order to capture some of the value for charity.

Reading a headline that more money was contributed to charity in 2017 than ever before could be misleading without looking at the broader context of who is giving, and—possibly more importantly—who is not. Let’s celebrate the record-breaking contributions of 2017, and encourage continued giving by all in 2018 and beyond.