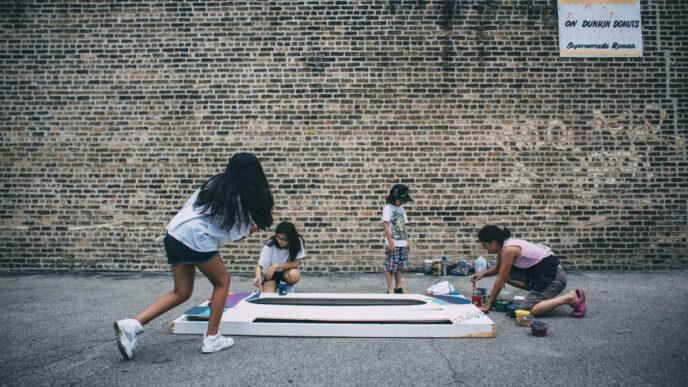 I want to honor everyday Chicagoans making changes where they call home. The ones who roll up their sleeves in the face of adversity when resources are scarce and serve their communities, where blocks are disinvested, and far too many city parcels are abandoned. I work closely with so many residents who are the real experts in addressing violence in Chicago’s communities most impacted by violence, and they deserve to be celebrated.

This year, the Chicago Fund for Safe and Peaceful Communities Grant awarded 201 organizations $1.5 million to help create the conditions for safety and peace across 24 neighborhoods most impacted by violence. Since its inception seven years ago, the fund has awarded $8.2 million in support of 1,024 projects. My journey with the Chicago Fund started three years ago as a community organizer in Austin. Working with small grassroots organizations, I saw how these grants had the potential to revitalize areas of the community that were notoriously disinvested.

As a community organizer and now as the project lead for the Chicago Fund, I set out to identify community leaders: block club leaders; engaged residents; staff from community organizations who wanted to apply. I quickly found kindred spirits who were committed to bringing about the change they needed to see in our city. An entire ecosystem of hopeful leaders exists. Grassroots leaders were seeking opportunities to validate the issues that they passionately dedicated time and resources to address immediate needs . The Chicago Fund did just that. It echoed that they, too, were worthy of being heard. Many of them were silenced, discouraged, yet hopeful. As a newbie in the organizing space, full of ideas, strategies, and excitement that could carry projects and programs forward, I quickly realized that they were the experts, and for the first time in my career, I became a student.

I spent hours listening to them, sharing their visions, plans, ideas, and dreams for their neighbors. Most want the same things we all want — a safe place to call home. A place where families are strengthened, imaginations run free, the air is clean, and the streets are clear of litter as well. What struck me the most in my conversations wasn’t what they said but what they didn’t say. They never spoke about the violence. They were not focused on the worst parts of the neighborhood, yet they were determined to illuminate the best parts of it. Residents could have talked about the hundreds of vacant lots that line the blocks, but rather they chose to dream of building raised beds in the gardens. They could have complained that trash had flooded the corners. However, their eyes beamed at the possibility of recruiting youth to design receptacles for garbage and recyclable materials to place throughout the community. Again and again, these grant applicants carried hope and narrated their own stories of what made their communities home.

When the Chicago Fund awarded grants this year, I received numerous calls from grant recipients that ended in tears of joy, words of gratitude, and expressions of even more hope. The grants allow empowered community leaders to make their projects happen. Being awarded a grant acknowledged that their ideas are part of the solution to bring more safety and peace to their communities. The Chicago Fund brings grassroots organizations together to share ideas, glean wisdom from each other, and share in a network that enhances their work. Over the years, it has become a family, one that has different members each year, but a family nonetheless.

It is no secret that creating solutions that are local and homegrown is effective and lasting. There are natural and organic relationships, conversations, and interventions that can only be actualized by those who know the land where they work. Solutions that are rooted in long-term strategies must include grassroots organizations, thought leaders, and those with lived experience approximate to the issues. That is the only way we’re going to see a change that is sustainable over time.

As the end of the summer nears, I am reflective of the activities that have taken place: block club parties, youth programs, music, and art festivals all have contributed to making our neighborhoods safer. There have been countless laughs, joyful dances, community gatherings, and too many words of gratitude to count. The Chicago Fund serves as a vehicle for community members to connect, share space, and reimagine their neighborhoods.

So, to the experts who are rooted in Austin, Englewood, Back of The Yards, Pullman, Roseland, Garfield Park, and 18 other communities across the city, this is for you. The Chicago Fund is for you—and those that you serve. It is our way of saying that not only are you all worthy of the investment, but the sacrifice you make to do the work all year long isn’t lost on us. You all are the ones with your hands and feet soiled, hearts full of hope, and spirits that don’t break.

Project Specialist for the Partnership for Safe and Peaceful Communities 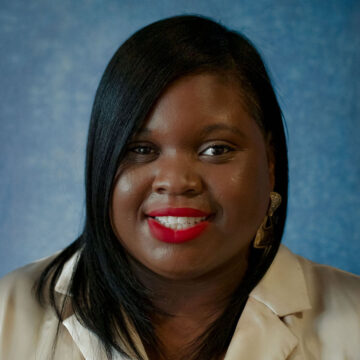