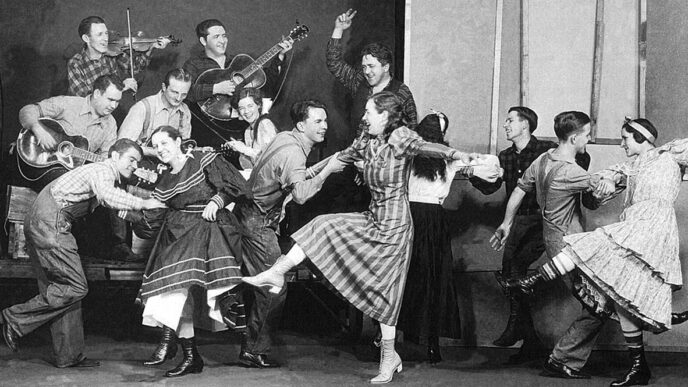 The broadcaster of the prairie, Burridge D. Butler, transformed a farm media empire into a permanent legacy.

Born in 1867, Butler was the son of an itinerant minister who traveled with his family across the Midwest and Canada in his quest for work. “My father was a preacher who would pull the wings off flies… And my mother was a poet. I am a combination of both.”

[pullquote]Before SNL, there was ‘National Barn Dance’-broadcast weekly on WLS from Chicago across the prairie airwaves[/pullquote]

Young Butler loved the outdoors and hated both convention and authority. As he grew to adulthood, he decided to combine his passion and critical eye into a career as a newspaperman. In 1909, he and a band of partners acquired a chain of papers that included an agricultural journal called Prairie Farmer.

Within a few years Butler split with his partners and turned the Prairie Farmer into an empire. By the 1920s, the journal had become the voice of Midwestern agriculture, combining vital farm news with down-home features.

Butler was early to recognize the power of radio. In 1924 he bought a failing Chicago station called WLS, for “World’s Largest Store,” from its creator the Sears Roebuck company.

Knowing that isolated farmers on the prairie craved entertainment, Butler created a Saturday night feature called the “WLS National Barn Dance.” One of the nation’s most popular and longest running programs, National Barn Dance would blend country music and comedy sketches for over four decades.

Butler himself barnstormed in his own airplane to Prairie Farmer picnics, where he kissed babies and told stories with tillers of the soil, a group of people with whom he felt truly at home. While Butler and his wife had no children of their own, he became a strong supporter of Boys’ Clubs and similar organizations that helped give wayward boys a sense of belonging that Butler himself had always been denied.

When he died in 1948, Butler left money to several colleges, especially Blackburn College in Carlinville, Illinois, and several boys clubs. But the bulk of his estate went to establish the Burridge D. Butler Memorial Trust as the first supporting organization of The Chicago Community Trust.

Butler’s fund established general guidelines for use of the income from its assets. The eventual arrival of the Butler Trust at The Chicago Community Trust was made possible by Edwin Austin and the delicate and diplomatic maneuvers of Frank Loomis and later James Brown IV, who maintained the letter as well as the spirit of Butler’s charitable wishes.

Harold Swift, speaking for the Trust’s Executive Committee on the occasion of Butler’s death, expressed their high regard and affection for the Prairie Farmer himself. “Several of our community trust members have known Mr. Butler for many years, either as a neighbor or a business relation. They knew of his kindly, friendly and generous spirit and have great respect for his business enterprise and ability.”