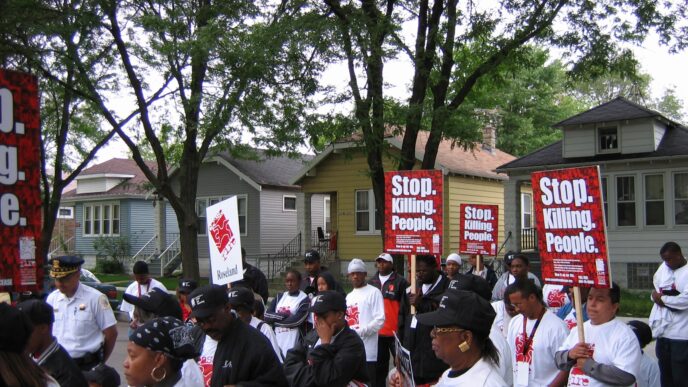 Are We Winning the Battle Against Crime?

One of the least known facts about Chicago is that we are actually winning the battle against crime.

Recent data released by the Chicago Police Department indicates that from 2011 to 2015 Motor Vehicle Theft is down 52%, Theft down 22%, Burglary down 50%, Aggravated Battery down 25%, Robbery down 33% and Criminal Sexual Assault down 7%.

We still have a long way to go to think of ourselves as truly safe, but how have we come so far? There is no consensus among scholars, but part of the answer lies in national changes. We know this because crime has declined in other large American cities at roughly the same rate as Chicago’s rate of decline. Across the country, as in Chicago, more responsive local policing, demographic change, school improvement and reconfigured public housing have all probably played a part.

In Chicago, rigorously evaluated programs that the Trust has supported—such as CeaseFire (Northwestern University and Johns Hopkins), Youth Guidance’s Becoming a Man (University of Chicago) and One Summer Chicago (University of Chicago)—have had documented impacts on the neighborhoods and youth with whom they work. A plethora of providers are now providing individual socio/emotional services to trauma-exposed youth, while the juvenile justice system is gradually moving to less punitive and more restorative practices. Many local service providers are working to improve employment prospects of re-entering offenders.

Chicago still has dangerous neighborhoods, but fewer of them than a generation ago. This is a trend that can be built upon.