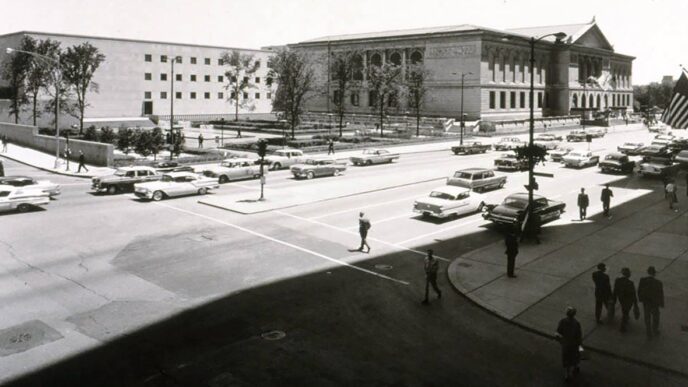 A rare books dealer with a shop in downtown Chicago, Alex Demond was the first individual to leave a bequest to the Trust in his will.

Demond first named the Trust in his will of 1922 as a beneficiary of his estate, establishing a pattern of charitable estate planning that continues to this day. On his death in 1926, he left over $30,000 to the Trust—about $400,000 in today’s dollars.

Single at the time of his death, Demond passed away at the age of 62 and was buried at Memorial Park Cemetery in Skokie. In his will, Demond left money to the Art Institute of Chicago, as well as to charitable institutions serving “incurable” people: individuals who were blind, deaf or living with similar disabilities.

Demond’s bequest set off a chain reaction of bequests to the Trust—totaling four more in 1928 and 1929—before the onset of the Great Depression would drastically change the financial and charitable landscape.