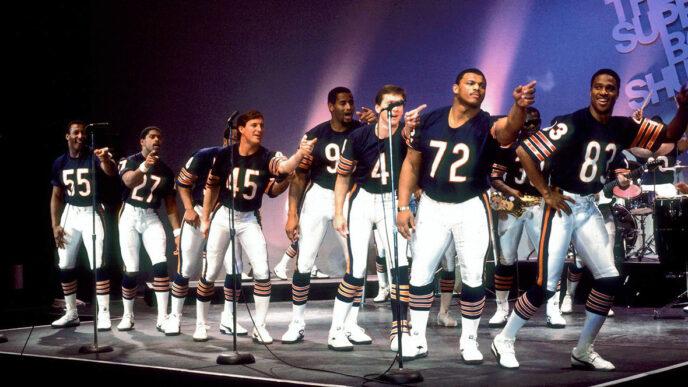 After ‘The Super Bowl Shuffle’

“We’re not doing this because we’re greedy / The Bears are doing this to feed the needy!”

“The Super Bowl Shuffle” was the Chicago Bears’ hit song released before their victory at the 1986 Super Bowl. It became a nationwide sensation—but the song’s aftermath provides a textbook example of how poor philanthropic planning can undermine even the best of intentions.

Performed by the members of Chicago’s widely celebrated and soon-to-be-champion football team, “The Super Bowl Shuffle” was a novelty rap hit with an explicit promise: “to feed the needy.” Players emphasized in interviews that they agreed to participate primarily because the profits would help hungry families across their city.

The enormous sales of the song and its accompanying video posed a new problem: how to actually give the money “to charity.” Legal wrangling ensued between the interests of the record company and the demands of the Illinois attorney general’s office that a charitable organization administer the funds—with the blameless Chicago Bears caught in the middle.

Watching the escalating confrontations was The Chicago Community Trust’s executive director Bruce Newman, who understood that giving money “to charity” is far more complex than most realize. Even the idea of “feeding the needy” was an intricate topic: Who are “the needy”? How does food get to them now, and which organizations already serve them? Where are the gaps? Where is the need for food the most urgent?

The Trust’s philanthropic experience was able to offer guidance. First, the Trust was an expert in the assessment of local hunger. Second, the Trust had relationships with most of the nonprofit organizations working in this space. And third, the Trust was fully aware of—and knew how to negotiate—the many legal and regulatory complexities that can accompany large acts of philanthropic giving.

Program officer Ada Mary Gugenheim accepts a charitable gift on behalf of The Chicago Community Trust at Soldier Field. After intense legal complication, more than $300,000 in profits was eventually granted through the Trust to nonprofits combating hunger and poverty in Chicago.

Despite volunteering its involvement as a neutral party, the Trust could not accomplish a quick solution. The legal maneuvering continued for years, with many other twists and turns in the plot as other parties entered the fray.

Eventually, more than $300,000 in profits from the song and music video was donated to the Trust to help families across Chicago. The Trust granted the money to fund specific proposals from the Greater Chicago Food Depository, Catholic Charities, the Salvation Army, the Woodlawn Organization and many smaller nonprofit organizations working to address hunger and poverty at the neighborhood level throughout the city. #GoBears