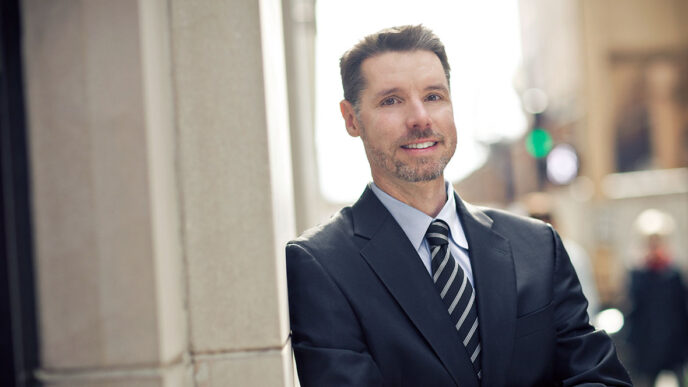 According to the World Health Organization, mental illnesses and substance abuse disorders are the leading cause of disability worldwide. The Americans with Disabilities Act (ADA) protects the millions of Americans living with these “invisible” illnesses from discrimination, just like it ensures the rights of people with more visible disabilities.

But according to Mark Ishaug, the CEO of Thresholds, one of Illinois’ largest providers of healthcare services for persons with mental illness, “Those with a hidden disability like mental illness are often forgotten when we talk about disability.”

[pullquote]“Those with a hidden disability like mental illness are often forgotten”: Mark Ishaug of @ThresholdsCtrs[/pullquote]

“Since one in four Americans is personally affected by a mental health challenge at some point in their lives, it’s pretty clear that we all need the protection and access to employment and economic self-sufficiency promised by this civil rights law.” This is why Ishaug and Thresholds advocate for the ADA 25 Chicago theme and goal of recognizing disability as a natural part of the human experience.

In addition to his role at Thresholds, Ishaug serves on the steering committee of ADA 25 Chicago, a regional partner network of more than 160 organizations dedicated to advancing access and inclusion for people with disabilities to commemorate this year’s 25th anniversary of the ADA.

Ishaug is also a founding member of the Kennedy Forum Illinois, which was founded last year to end stigma against mental health and substance abuse disorders.

“We need to change the hearts and minds of people living in Illinois to truly understand the implications of mental illness, because stigma, and the effects associated with it, are killing people,” said Ishaug.

Ishaug’s passion for unveiling the hidden truth about invisible disabilities, including mental illness, is both professional and personal. He lost a brother and numerous friends and colleagues to battles with mental illness.

The Kennedy Forum, which brings together a cross-sector group of leaders from all industries, aims to address stigma in the media, at work, in schools and even within families. According to a recent statewide survey by The Forum, roughly one-third of adults with mental health conditions feel they have been treated unfairly because of their condition, either at work, when looking for housing or in the healthcare system. Yet social stigma—and the accompanying fear of rejection, discrimination and being ostracized—are huge barriers to getting the protection they need because it would require self-disclosure of their disability.

“The fight to end the stigma and improve access and inclusion for people with mental health challenges is so broad—conditions vary significantly in gravity and visibility—and the consequences of stigma are great,” said Ishaug. “At the Kennedy Forum, we are working to educate and change the conversation around mental health in all its forms.”

To leverage the 25th anniversary year of the ADA, Ishaug is championing commitments from Thresholds, the Kennedy Forum and others to help increase awareness and advance inclusion and accessibility for all people with disabilities, but particularly those with serious mental health conditions.

“It is vital to ensure that the mental health community is represented in efforts to realize, improve and expand upon the promises made by the ADA,” said Ishaug. “If we, as ADA 25 Chicago and as a City, hope to ensure everyone with disabilities live full and independent lives, we must remember people with disabilities that we cannot see often face discrimination and that the battle to overcome stigma is just another frontier of civil rights.”