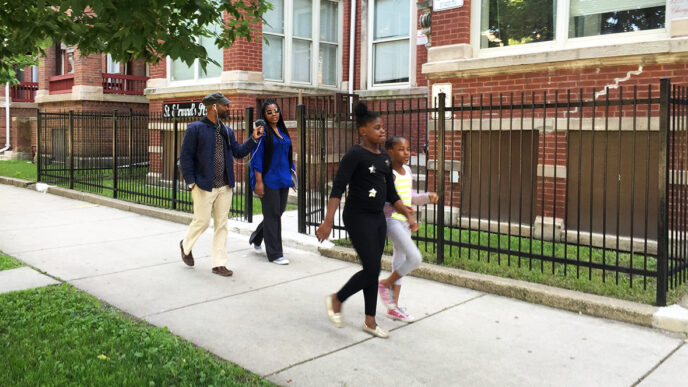 A Mom Stands Up to Violence – Through an App Contest

Want to feel safe again in your community? There’s an app for that.

Sheenita Robinson has been a resident of Chicago’s Washington Park neighborhood for 35 years, and she has always wanted to leave Chicago due to the violence. Instead of leaving the city she loves so much, Robinson decided to do something about it. She entered the Urban Sustainability Apps competition, put on by the Center for Neighborhood Technology, to present an app she created.

Robinson has no coding experience—but her constant worry about her kids pushed her forward.

The app, called Neighbors Creating Neighborhoods, lets users report any activity they notice going on in an abandoned building. The message is sent directly to the building owner and the City. If property owners do not take action, they get a citation.

On this episode of “Volunteer: Stories of Philanthropy,” reporter Christopher Johnson went out to Robinson’s neighborhood to see these abandoned buildings and the community. She shows him that Washington Park is beautiful, and does not appear unsafe—though there are subtle hints that the area could be safer. But no worries: she’s made an app for that.