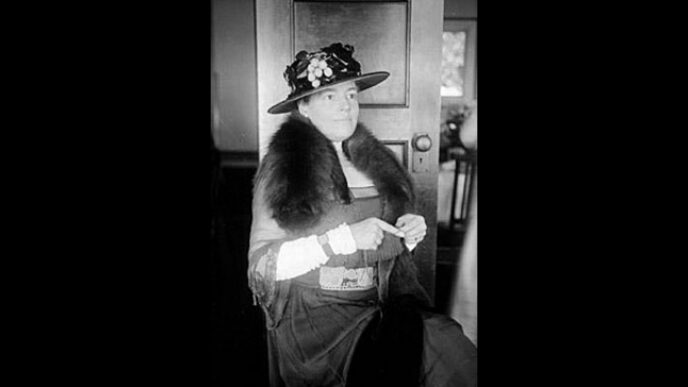 A Legacy Focused on the Region’s Future

The Trust’s ability to pivot and address the evolving needs of the community is due to donors whose generosity lives on through the Trust. The impact of a legacy fund can resonate for decades and pave the way for meaningful reform and progress.

Lolita Sheldon Armour (born Lola Hughes Sheldon) was the wife of Jonathan Ogden Armour, the president of Armour & Company, one of the largest food products companies in the United States. Jonathan Armour amassed an enormous fortune and was the inspiration for one of the meatpacking plant owners in Upton Sinclair’s novel The Jungle. But during the severe recession following World War I, the company and the Armour family fortune lost millions.

When Jonathan Armour died in 1927, he left stock holdings to his wife. In the years that followed, she made several savvy investments and rebuilt her wealth, leaving an estate of more than $7 million.

After her death, the Lolita Sheldon Armour Fund was established at the Trust as an unrestricted fund—ensuring that her philanthropy would support the region in perpetuity. Over the years, the fund has addressed a wide range of community needs—from critical housing and health services to education, arts and culture, and social justice initiatives.

Today, the Trust is focusing our discretionary grant making on closing the racial and ethnic wealth gap, and the Armour Fund is playing a role in advancing equity in the Chicago region. Many of the community organizations receiving grants from the fund support small businesses, community development, and environmental equity in neighborhoods that have long experienced disinvestment such as Garfield Park, North Lawndale, and Greater Englewood.

Lolita Sheldon Armour’s story speaks to the power of unrestricted funds to serve pressing community needs as they change over time. Lolita Armour may not have foreseen the impact her giving would have on a future vision for our region, but her legacy continues in the work of the Trust and the lives and communities touched by her generosity.