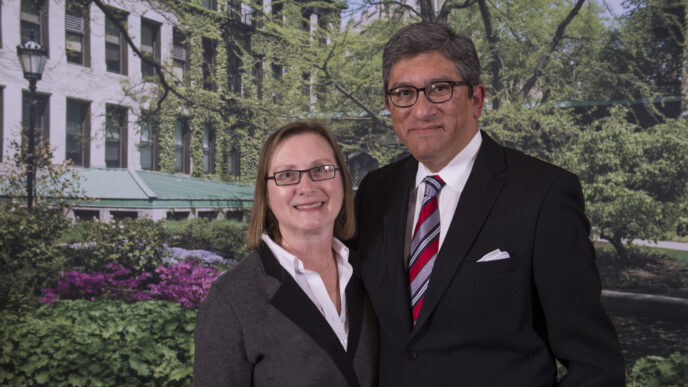 In celebration of Hispanic Heritage Month (September 15-October 15), the Trust is featuring a series of conversations with Latinx philanthropists and leaders who are making a difference in the region. This article is the third in our series. Check back weekly for a new feature.

Sally and Luis P. “Lou” Nieto, Jr. are philanthropists who focus their giving on education, but have more recently leveraged their philanthropy to help organizations grappling with the effects of COVID-19. Lou is president of Nieto Advisory, LLC, an advisory firm that works primarily with small and mid-cap consumer food companies, and currently serves on the Trust’s Executive Committee. Sally is the vice chair on the Board of Trustees at the National Museum of Mexican Art and a member of the Nuestro Futuro steering committee.

Sally and Lou recently sat down with Nina Alcacio, director of public relations at the Trust, to discuss their giving, the role of philanthropy during the COVID-19 pandemic and advice for people starting their philanthropic journey. Some questions and answers have been condensed and edited for clarity.

Nina Alcacio: Could you share a little bit about what factors go into your philanthropic decisions?

Lou Nieto: It’s straightforward for us because we have established a philanthropic focus, it’s education. We make exceptions. This year we pivoted when the COVID crisis occurred by placing a focus on the Latinx community.

Sally Nieto: We decided that this year, we’d continue with our traditional, typical contributions to education, but we decided to go the extra mile this year to help some of the organizations that are helping people who have no other resources.

With the impact of COVID, we wanted to reach some of the smaller organizations that were in the trenches. We reached out to a friend, a Latina leader in the community and asked her for recommendations, and she shared five or six organizations. We decided to proceed with support to four of those organizations where we felt the money was so necessary, and they probably wouldn’t have gotten funding from other sources. One organization we supported was a GoFundMe page that was raising money to help the pushcart vendors. These are people, primarily elderly, who have no other source of income, who don’t have paperwork, so they’re not getting any healthcare, they’re not getting any sort of stimulus check. We felt that these people are some of the most vulnerable and have the most need right now in the city.

Sally Nieto: My answer would be a little different in normal times but in the current environment I think philanthropy should have two goals. I think that, one, they need to shine a very bright light on the inequities in society and what’s the root cause of these problems and, two, what are some of the solutions, or how do we at least initiate a discussion about potential solutions. So, I think those should be philanthropy’s main jobs. I think the other thing that they should be doing, which they are doing, and I think admirably so, is really stepping up and finding ways to help people who are gravely impacted by the pandemic, so people know that there’s a resource there, that it’s not just them by themselves.

Nina Alcacio: Could you share some of the family values that you like to see reflected in your giving. What is your hope or the legacy you would like to see your daughters carry on in your family’s name?

Lou Nieto: I think our daughters have learned philanthropy from a very early age. We’ve always talked about two things: giving and being of service to others. And, closely linked to that, I think, is the shared philosophy to always treat people the way you would want to be treated. I think our daughters have embraced that, and we’ve sought out environments that reinforce that because, as a parent, you only have so much influence.

We sent our daughters to the same Jesuit high school that my brother and I attended, for a multitude of reasons, but one of them was that there’s an explicit focus on service. The motto of the school is educating young men and women to be of service to others. It just becomes ingrained in you after a while, it’s normal.

A few years ago, we started in a sense a matching gift program. We told our daughters, “You have this small amount of money from us to contribute to the charitable organizations of your choice,” because that establishes the pattern. Philanthropy should start as soon as you can in your life.

Sally Nieto: I think in terms of the values, a famous quote states, “To those whom much is given, much is expected.” We’ve been very fortunate and we feel that we have a moral obligation to help. There are so many ways you can do it, there are so many ways that you can give back to the community. I often spread the word, I’ll say, “Well, just make sure you pay it forward. When it’s your turn, when you’re capable, I hope that you’re in the same type of role.”

Nina Alcacio: Is there either a contribution or philanthropic achievement that you’re most proud of?

Sally Nieto: I’d probably say my involvement at the National Museum of Mexican Art in Pilsen. I haven’t just written the check, I’ve been involved as a board member on the Executive Committee for a number of years now and lead the team that developed our strategic plan. Additionally, I have worked with others to conceptualize and implement an endowment campaign that will help secure the Museum’s future. I’m very proud of this effort and progress.

Lou Nieto: I’ll talk about one that’s more personal and then I’d like to talk about one that I think is shared. I was very fortunate to have been a small part of the founding of the Cristo Rey Network. When the school opened its doors in the ’80s, I was approached by the Jesuit who was the founding president of the school, Father John Foley, to serve as the founding board chair of the first Cristo Rey High School. Today, that single Cristo Rey High School has grown to three in the Chicago area and over 30 nationally. My financial contribution was small at that point, that was a long time ago, so our financial resources were different then. Importantly, it was about the amount of volunteer time that we gave as much as about the checks that we wrote.

On a more personal level, we’ve been very generous to schools like St. Ignatius, Christ the King and Cristo Rey. Beyond that one of the most meaningful things to us was that we sponsored two students’ education from the North Lawndale-Austin neighborhood, a young African-American woman and man. This was a personal connection—we got to know their mothers, we got to know them personally. I think, from what they say to us, we became mentors and role models to them, and we’ve stayed in touch. The young woman graduated from college in California a year ago and she wanted us to be at her commencement ceremony, we were honored to attend.

Nina Alcacio: If there was a piece of advice that you could give to someone who might be intimated by the need and number of issues that need to be addressed right now, what would you say?

Sally Nieto: There are several things I would tell them. One is that you should find something that you feel passionately about, something that’s important to you so that making a contribution comes naturally. And I would also say find something where you can donate not just money, but volunteer efforts because that makes it more real to you, and you can double your impact by doing something like that. The other thing I would say is I think it’s like anything else, it’s like contributing to your 401(k) on a monthly basis, it’s like paying your water bill on a monthly basis, and your electric bill—it must become a habit. And so, if you make that effort to make it a habit on a monthly basis or whatever, that you put aside money for charitable purposes, philanthropic efforts, then it becomes an automatic thing, it becomes automatically a part of your budget.

Lou Nieto: Very well said, very well said. Find an area of focus; for us, it’s education. And then get involved as a volunteer because if you volunteer somewhere, nobody will need to convince you to give financially, you will want to do it. 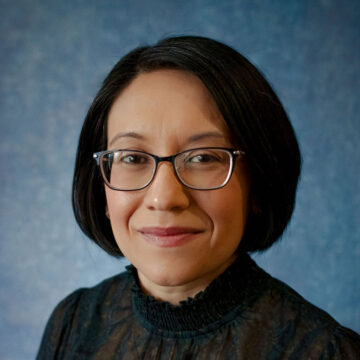