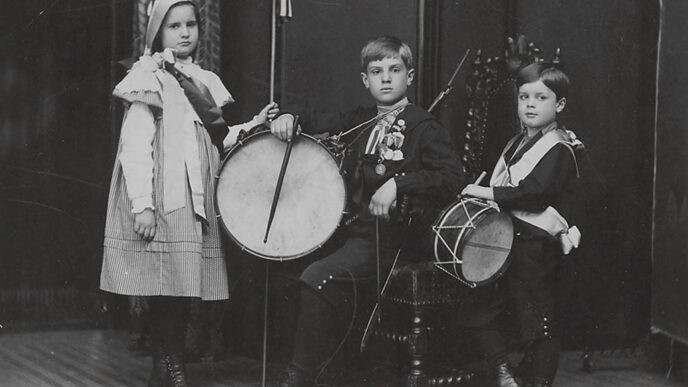 A Daughter’s Legacy, A Lasting Impact for Chicago Children

If you are passionate about supporting a particular community or cause, one way you can be confident that your contributions will be used to address specific needs is by creating a field of interest fund.

Field of interest funds allow donors to direct their gifts toward a particular area of service that they care about. A donor can identify any cause or area of need—for example, fostering the arts, funding scientific research, advancing social equity or improving public education. Field of interest funds ensure that their contributions fund innovative projects that make a lasting impact.

One such fund at the Trust is the Elizabeth McCormick Memorial Fund, which has given over $40 million to support welfare services, research and philanthropy for the children of Cook County.

Elizabeth’s parents established this Fund in 1908 in memory of their young daughter, with a clear vision that her compassion and strength would live on in services dedicated to child welfare. They could not have imagined that the Fund would grow into an endowment with assets over $20 million at The Chicago Community Trust, which continues to honor their original intention to improve the lives of children over a century later.

Elizabeth was the only daughter of Harriet and Cyrus H. McCormick, Jr., two pioneers of industry and philanthropy in Chicago. Her father, eldest son of inventor Cyrus McCormick, Sr., built the McCormick Harvesting Machine Company into the country’s leading manufacturer of agricultural equipment. His business acumen and tenacity helped transform Chicago into a hub of industry and commerce in the late 1880’s. Her mother was a vocal advocate for women’s suffrage, factory workers’ welfare and childcare facilities.

Young Elizabeth possessed an eager curiosity and remarkable generosity toward those less fortunate that struck all who met her. When she died suddenly at 12 years of age, her parents created the Elizabeth McCormick Memorial Fund as a lasting tribute to their compassionate daughter. Officially incorporated in 1913, the McCormick Fund used its endowment to develop and run programs that studied and promoted the health, happiness and welfare of children. At the time of its creation, the Fund was one of the largest foundations in the United States.

Pioneering children’s welfare through the Depression and World Wars

The McCormick Fund honored Elizabeth’s memory through a wide range of programs improving child welfare services across Cook County. At a time when most foundations were reluctant to work with state or federal authorities, the Fund’s staff collaborated with public health and education authorities to develop innovative programs.

Integrated education was also an issue of great importance to the Fund. It developed programs to introduce blind children into kindergartens with sighted children, and founded Illinois’ first racially integrated summer camp. In 1922, the Fund established a lending library open to the public, institutions and other charitable organizations, so that they might be inspired to act on behalf of children just as Elizabeth inspired her parents.

When Elizabeth McCormick died at the age of 12, her parents established a memorial fund to honor her compassionate spirit. 110 years later, a grant from the McCormick Fund helped LYTE Collective transform a former church daycare on Chicago’s South Side into a community center for youth experiencing homelessness. Read more about the LYTE Lounge

The McCormick Fund comes to the Trust

By the 1960s, the landscape of social welfare had changed dramatically as government agencies assumed many services formerly provided by private organizations. The board of the McCormick Fund recognized the need to evolve in order to adapt to changes in the field of social welfare and in tax laws. They turned to The Chicago Community Trust to ensure that, while times and policies change, the McCormicks’ original vision for the Fund could endure.

On March 21, 1961, the Trust’s Executive Committee voted to become successor trustees to the Fund. Over the next 10 years, the Trust continued Elizabeth’s legacy by awarding grants from the McCormick Fund to countless organizations, projects and studies promoting child welfare.

After a decade of innovative and impactful grant making overseen by the Trust’s Executive Committee, the Fund’s directors decided to distribute all of its assets and properties to the Trust in 1973. This was the largest transfer of an organization to the Trust, with almost $4 million in assets—equivalent to about $34 million in 2019. On October 31, 1973, the Elizabeth McCormick Memorial Fund became a fund of The Chicago Community Trust.

Fifty-seven years later, the McCormick Fund has provided over $25 million in grants. In addition to supporting the general operations of countless organizations dedicated to serving and empowering youth, the Fund often makes large contributions to initiatives focusing on young artists, homelessness among youth and violence prevention.

In 2018, the City of Chicago Department of Cultural Affairs and Special Events received a grant from the Fund to launch the Year of Creative Youth: a year of programming to celebrate, engage and promote young local artists in the visual and performing arts, fashion, film and spoken word.

Thanks to grants from the McCormick Fund, UCAN runs Chicago’s only initiative serving homeless LBGTQ+ youth and the LYTE Collective opened a community center for youth experiencing homelessness on Chicago’s South Side in 2019. When gun violence in Chicago rose in 2015, the Fund supported violence reduction and restorative justice programs at multiple organizations serving at-risk youth.

Today, the Fund holds assets of over $20 million. Every dollar supports the study and promotion of children’s welfare in Cook County, in honor of Cyrus and Harriet McCormick’s original vision: “that other children might benefit because our little girl lived.”