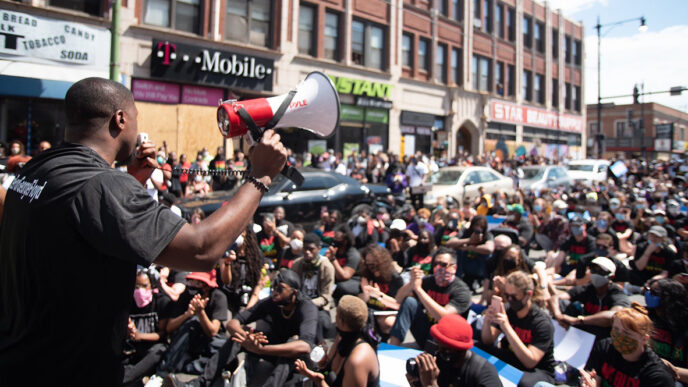 Photo: My Block, My City, My Hood

A Chance at Meaningful Police Reform

Since this Insights piece first ran, the Illinois General Assembly has passed many of the police reforms referenced below. The Trust and Illinois Justice Project applaud these legislative victories and will continue to advocate for just and equitable policing policies that enhance community safety.

Ricardo Hayes was just an 18-year-old kid when he was shot in the chest by an off-duty police officer while running down the street in Morgan Park. He was unarmed and developmentally delayed. I think about Ricardo often—the shooting happened a few hundred feet from my front door.

Stories like Ricardo’s, Laquan McDonald’s, Rekia Boyd’s, Bettie Jones’, and countless others culminated in a collective rage last year. For some, it came to a boil after decades of grappling with police brutality and misconduct against Black and Latinx communities. For others, it only took 8 minutes and 46 seconds to light a fire.

The fires manifested in nationwide protests throughout the spring and summer, where people from all backgrounds took to the streets to demand change. However, that peak moment of unity and calls for change are more than half a year in our rearview mirror.

During the protests, it seemed that grand plans to change policing by installing accountability measures, changing use of force policies, reviewing funding decisions, removing legal protections for misconduct, and creating reporting requirements were incredibly close to passage.

Now, at the start of 2021, many people across the country still wait as lofty dreams of reform did not manifest. Here in Chicago, two police accountability plans that sought to usher in a new era of responsibility have yet to receive a vote. Meanwhile, application and enforcement of the 2018 Chicago Police consent decree have reportedly been slow, a likely product of union resistance, the complex nature of voluntary change, and a culture that is resistant to reform.

At the federal level, bitter partisanship has stymied efforts for reform, although the Democratic Party winning both Senate seats in the Georgia runoff elections may change this dynamic later down the road.

Against this current backdrop, the question of where we are going collectively as a nation with police reform is simple to answer: not far. However, Illinois may be on its way to seeing meaningful policy change.

In response to protests of the deaths of George Floyd and Breonna Taylor, the Illinois General Assembly’s Black Caucus introduced sweeping criminal justice reforms. Among them are policing reforms that propose to ban qualified immunity, sharpen body camera laws, and reform the process for filing complaints against law enforcement misconduct. In addition, a series of pretrial reforms include ending the use of cash bail which disproportionately harms low-income, Black and Latinx communities. Reform-minded State Attorneys Kim Foxx (Cook County) and Eric Reinhart (Lake County) have supported these changes to improve public safety and justice outcomes.

Meanwhile, Illinois Attorney General Kwame Raoul has championed a measure to license police officers. If successful, it would provide a new forum for citizen complaints and ban officers accused of serious misconduct from working in law enforcement in Illinois if their license is revoked. Last week, Illinois State Senator Elgie Sims and State Representative Justin Slaughter introduced HB 841, initiated by Raoul, which reforms the police certification process, creating uniformity across the state, increasing transparency and strengthening standards of police professionalism.

A growing list of community activists have called for even greater changes memorialized in the Illinois Breathe Act, an expansive plan authored by grassroot organizers and veterans of the local civil rights community. The plan includes repealing the controversial Police Officer Bill of Rights, overhauling use of force policies, amending the Tort Immunity Act, demilitarization of police forces, and redistributing law enforcement spending to community-based solutions.

While the peak momentum from last year’s protests has faded, the opportunity for change has just begun. If Illinois residents want to see tangible police reform and if we want to stop the deaths of the next Ricardo, Laquan, Rekia, or Bettie, we must pay attention to what is happening in our state government, study the policies being considered, and voice our concerns to our elected officials. None of these proposed reforms are without opposition, but it is in our shared interest to be vigilant in our efforts and actively hold our elected officials responsible for making meaningful progress towards ensuring justice and equity under the law. 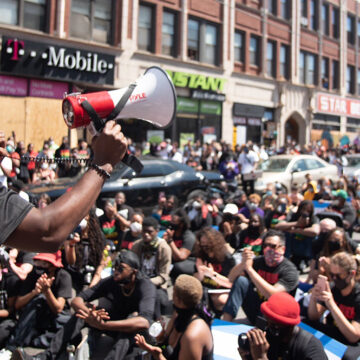