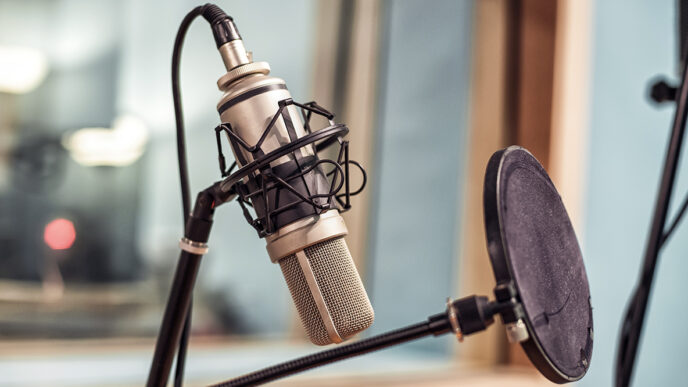 A Broadcaster Gives Voice to Life with Visual Impairment

“Ever since I was little I’d be very interested in radio, in staying informed.”

Sandy Murillo’s childhood was marked by two great changes. The first was losing her eyesight by age two from glaucoma. The second was discovering a heartfelt love for radio.

Today Murillo has built a career around that passion, as an associate producer and contributor for The Beacon Show. Hosted by Bill Jurek, the weekly program is a production of CRIS Radio at The Chicago Lighthouse, an organization serving the blind, visually impaired, disabled and veteran communities with comprehensive vision care and support services.

In her regular radio segment ‘Sandy’s View,’ Murillo demystifies everyday life with blindness or visual impairment: helping the general public understand the assistive technologies available, and the ways that visual impairment does not limit anyone’s potential.

“The unemployment rate among people who are blind or visually impaired is about 70%. By going out there—informing not just people with visual impairments, but the public in general—hopefully more awareness will be created about the capabilities of those of us with disabilities.”