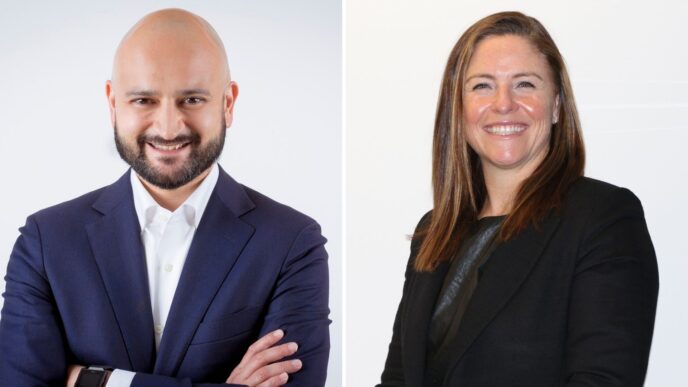 CHICAGO (February 11, 2020) – The Chicago Community Trust is pleased to announce the appointment of two new members of its Executive Committee, Omar Duque and Margie Stineman.

“Our Executive Committee is comprised of a dedicated team of civic leaders committed to advancing equity and opportunity in our region,” said Helene Gayle, president and CEO of The Chicago Community Trust. “We are excited to welcome Omar and Margie, as they bring with them valuable experience and perspectives that will influence our commitment to a thriving, equitable and connected Chicago region.”

Omar Duque is president of The Hispanic Information Technology Executive Council (HITEC), a global executive leadership organization of senior business and technology executives who have built outstanding careers in information technology. Duque is passionate about technology and entrepreneurship and how both help build community and help create a better world. He previously served as president and CEO of the Illinois Hispanic Chamber of Commerce, which under his leadership developed initiatives to connect more Latinos to the innovation economy. He is also the co-founder of the Latinx Founders Collective, a national initiative to build a community of more than 100 venture-funded Latinx startups by 2020. Duque is a Chicago native whose parents immigrated to the United States from Guatemala. He received his Bachelor of Science in Journalism from Northwestern University’s Medill School of Journalism. Duque is a board member for Delta Dental of Illinois and previously served on the board of Loyola University Health System.

Margie Stineman has diverse experience in nonprofit management and philanthropic leadership. Stineman began her career at Young and Rubicam, followed by roles at Esprit and Polo Jeans Company. After earning her MBA in nonprofit management, marketing and strategy from Northwestern University’s Kellogg School of Management, Stineman served as associate director of Crown Family Philanthropies, and later consulted for philanthropic services firm Arabella Advisors. She also holds a Bachelor of Arts from Dartmouth College. Stineman currently serves on the Founders’ Board at Ann and Robert H. Lurie Children’s Hospital of Chicago, as well as on its Stanley Manne Research Institute Board of Directors and as the immediate past chair of its Advocacy Committee. She is the current co-chair of the Founders’ Council of the Field Museum of Natural History and a member of the Chicago Women’s Alliance of Partners in Health. Her previous board commitments include serving as a member of the Women’s Board of the Boys and Girls Clubs of Chicago, past president and founding member of the Guild of the Boys and Girls Clubs of Chicago and two separate terms on the Alumni Council at Phillips Academy (Andover).

Appointed by the Executive Committee.