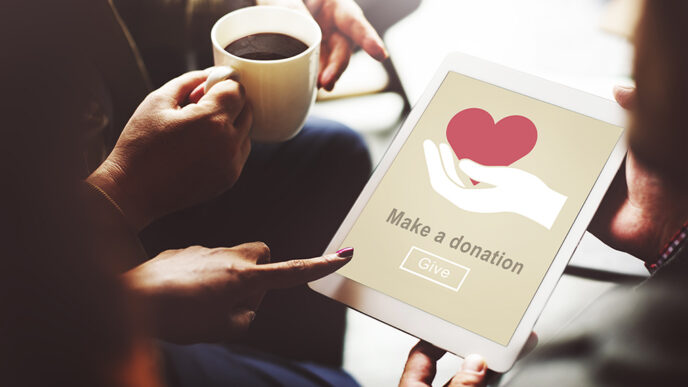 Study Finds Chicagoans Give to Charity at Higher Rate than U.S. Average

CHICAGO – April 9, 2015 – Chicagoans are more likely to give to charity on average than are people elsewhere in the U.S., according to a new report being released today by The Chicago Community Trust and the Indiana University Lilly Family School of Philanthropy, which conducted the study.

The report, Giving in Chicago, is the first comprehensive study of individual, corporate and foundation giving in the six-county metropolitan Chicago region. It examines patterns of charitable giving by households and corporations across the region in 2013, and grant making by foundations and public charities in the region for 2012, the latest year for which data are available.

“Chicagoans share a commonly held belief that we are more philanthropic than most— now we have evidence that shows we are indeed highly committed to giving back,” said Terry Mazany, president and CEO, The Chicago Community Trust. “As the Trust enters its centennial year, Giving in Chicago is the bedrock for our quest that metropolitan Chicago becomes the most philanthropic region in the nation. To get there, this study helps us to more fully understand charitable giving in our region and to learn what top issues donors care about—how they give and why they give.”

The Trust’s Centennial year begins on May 12, 2015 with On the Table 2015. Starting on this date and for the entire year after, the Trust will celebrate philanthropy in all its forms—not just monetary gifts, but also the contributions of volunteers that strengthen the region and impact the lives of others in countless ways.

“The Giving in Chicago study offers the greater Chicago community a clear picture of its current philanthropic landscape, and how that compares to the national philanthropic environment,” said Una Osili, Ph.D., director of research for the Indiana University Lilly Family School of Philanthropy. “Chicagoans are generous, and they are especially committed to making a difference for the people and organizations close to home who are most in need.”

Among the study’s key findings:

The study indicated that local corporations also give back and support local causes. In 2012, corporate foundations in the Chicago region made approximately 3,500 grants of $4,000 or above, totaling $158 million. About 44 percent of grants and over half (51 percent) of the grant dollars awarded stayed in the area. Almost all companies surveyed (97 percent, or 68 companies) reported making charitable donations to nonprofits in fiscal year 2013, and 81 percent of surveyed donor companies gave to nonprofits in the Chicago metro region. Corporations cited “needs in local communities,” particularly in
communities where the corporation operates, as their highest priority (62 percent) for giving in the survey, and 29 percent cited it as at least a minor influence on their giving.

Seventy-six percent of donor companies indicated they focus their giving on human services (including basic needs and a wide range of other social services). Beyond their charitable giving, a majority of companies surveyed reported that they invest in their communities in other ways as well. Among those, the most popular (82 percent) was employee volunteerism.

Foundations are also a crucial part of Chicagoland giving, according to the report. More than 2,000 grant making organizations located in the Chicago metro area made nearly 39,000 grants of $4,000 or more in 2012, with an estimated total value of $2.6 billion. Grant recipients in the Chicago metro area received more than 19,000 grants of $4,000 or more from more than 1,300 Chicago-area grant makers, accounting for about $1 billion or about 39 percent of total grant dollars made by Chicago-area grant makers in 2012.

“The Giving in Chicago study sets a benchmark to show where we are today and to help us plan for the future,” said Mazany. “It also confirms that we are well on our way toward achieving our Centennial vision of making Chicago the most philanthropic region in the country. We’re encouraged by what we see and look forward to seeing philanthropy in all its forms—time, treasure and talent—increase even more in the years to come.”