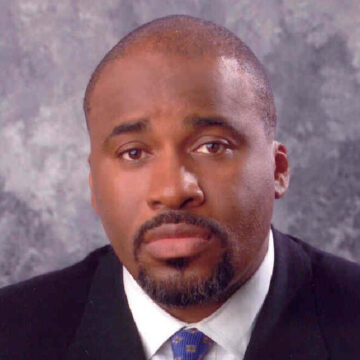 Terry Peterson is vice president of government affairs at Rush University Medical Center where he leads, develops, and implements federal, state, and local government relations initiatives. As the liaison with elected officials, government agencies and advocacy organizations, Peterson advises Rush leadership on policy issues affecting the Medical Center and is the primary contact for hospital and university staff regarding governmental issues affecting healthcare. Peterson champions the issues of health disparities for the Medical Center, marshaling the providers, government, and community leaders to address inequities in health care delivery throughout Chicago and Cook County.

Peterson was appointed Chairman of the Chicago Transit Authority (CTA) by Mayor Richard M. Daley and was retained by Mayor Rahm Emanuel, and most recently by Mayor Lori Lightfoot. The CTA operates the nation’s second largest public transportation system with average weekday ridership of 1.5 million and an annual budget of $1.57 billion. During his tenure as Chairman, the CTA has completed, started work on or begun planning more than $8 billion of projects, some of which include the largest projects in CTA history, such as the Red Line South reconstruction, Red and Purple Modernization and the Red Line Extension.

In 2007, Peterson served as campaign manager for Mayor Richard Daley’s successful re- election campaign, during which he planned and implemented campaign activities and built coalitions.

As CEO of the Chicago Housing Authority from 2000-2006, Peterson led the organization’s $1.5 billion program to transform Chicago’s public housing from unsafe, high-density developments to safe, low-rise mixed-income communities. His accomplishments include completing the first public housing bond issuance in the country. During his tenure, Peterson closed finance deals on 34 mixed income development sites, which leveraged over $1 billion in public and private investment.

As Alderman of Chicago’s 17th ward from 1996-2000, Peterson generated more than $200 million in development for the Auburn-Gresham and Englewood communities. In addition, he served as executive assistant to Mayor Daley and as assistant commissioner of the City’s Department of Planning and Development.

Peterson holds a Bachelor of Arts degree from Chicago State University and a Master of Public Administration from Roosevelt University. He is also an alumnus of Harvard University Graduate School of Design’s Advanced Management Development Program in Real Estate.

Currently serves on the Board of Trustees of Roosevelt University and is a member of the Board of Advisors for the Local Initiatives Support Corporation (LISC) Chicago, the Chicago Fire Department Foundation Board, and the One Chicago Fund Board.