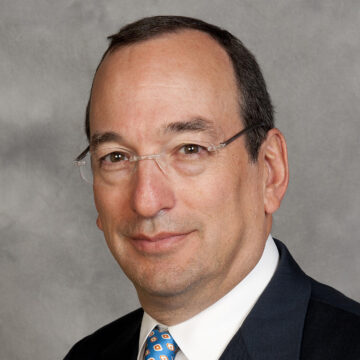 Steven Koch served as Deputy Mayor of the City of Chicago from September 2012 to August 2017, leading key initiatives related to economic development, planning, job development, budget issues, municipal finance and revenue. Koch previously spent 27 years at Credit Suisse, where he ran and chaired the global mergers and acquisitions business. Under his leadership, the business saw yearly peak revenues of $2.5 billion. Koch’s past civic commitments include chair of the Sinai Health System of Chicago and the Greater Chicago Food Depository and co-chair of the City of Chicago’s Green Ribbon Commission on Sustainability and Climate Change. He is also a life trustee of the Francis Parker School. Koch received his B.A. from Hampshire College, his M.B.A. from the University of Chicago Booth School of Business and his J.D., cum laude, from the University of Chicago Law School. He was a Henry Luce Fellow and served as a law clerk for Judge Richard Cudahy of the U.S. Court of Appeals for the Seventh.

Appointed in 2018 by the Mayor of the City of Chicago.