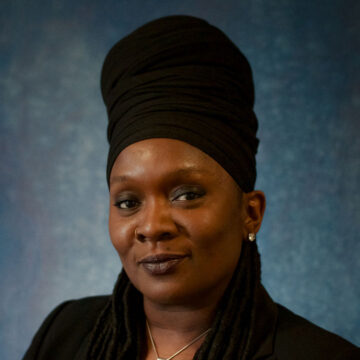 She is also founder of the Chicago based nonprofit organization, the Wrap Your beYOUty Movement. As a “soldier on the front lines” of Chicago’s most traumatized neighborhoods, Pilar creates and curates safe spaces for Black and Brown people to heal.

Pilar is a Veteran of the United States Navy and served as an Operations Specialist on the USS Haleakala and the USS Mount Hood, which fostered her love of systems and processes, and led her to the social service aspect of the health/human sciences. For seven years, Pilar worked for the Chicago Department of Public Health/CDC as an Infectious Disease Community Epidemiologist. Desiring to have a more hands on healing impact within the community, the next decade took her on a magical journey through direct-service entrepreneurship; opening a healing and wellness shop featured on ABC7’s 190 North and HGTV’s That’s Clever. Pilar’s healing work in her community, as well as her use of Ancient indigenous artforms as healing modalities, led to her being selected to represent Dove-Unilever in the internationally acclaimed “Real Women, Real Beauty” Campaign. Shortly thereafter Pilar was invited to be a guest panelist on Oprah’s Life Class with Cindy Crawford where she was noted for her healing work with women and children on Chicago’s south side. Pilar grew up in the Roseland, Avalon, and Auburn-Gresham communities on Chicago’s south side.

The daughter of a Trinidadian father and a Creole mother who was a veteran educator in Chicago, Pilar is a former arts vendor for Chicago Public Schools, a 2021 Chicago Peace Fellow and holds an MS/MPH from The University of Illinois. Pilar is a wife, mother of three, and grandmother of two.