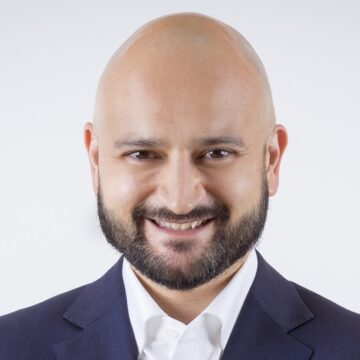 Omar Duque is president of The Hispanic Information Technology Executive Council (HITEC), the premier global executive leadership organization of senior business and technology executives who have built outstanding careers in information technology. Duque is passionate about technology and entrepreneurship and how both help build community and help create a better world. He previously served as president and CEO of the Illinois Hispanic Chamber of Commerce, which under his leadership developed initiatives to connect more Latinos to the innovation economy. IHCC has partnered with 1871 Chicago to develop a first-of-its-kind incubator program for Latinx tech startups. Since launching in late 2016, 72 Latinx founders have completed the program. Cohort companies have raised more than $6.5 million in early stage capital, created more than 190 new jobs and gone on to notable accelerators including Techstars. Duque is also is the co-founder of the Latinx Founders Collective, a national initiative to build a community of more than 100 venture-funded Latinx startups by 2020.

Appointed in 2020 by the Trustees Committee.