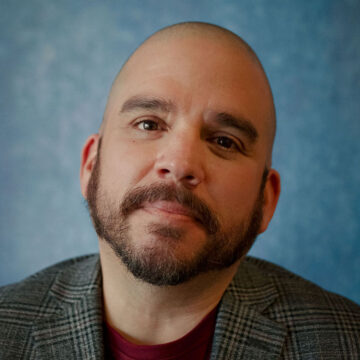 Kris Velilla is the director of infrastructure and security at The Chicago Community Trust.

Born in Miami, Florida, he is a first generation American/Colombian, and his family is from Medellin, Colombia. He enlisted in the US ARMY in 11th grade and was stationed in Fort Knox, Germany, and Ocala, Florida while in the Florida National Guard after completing time in active duty.

Velilla went to school at Florida International University in Miami while enlisted in the Guard and studied Criminal Justice. He started his IT career in the K-12 school districts in Florida, Tennessee, and Illinois, starting as a Systems Analyst and finishing his K-12 career as CIO/Director.

Prior to joining the Trust, Velilla was at the American College of CHEST Physicians in a similar role for over seven years. CHEST provides continuous medical education to pulmonologists around the world. He is a member of the American Legion and Veterans of Foreign War.