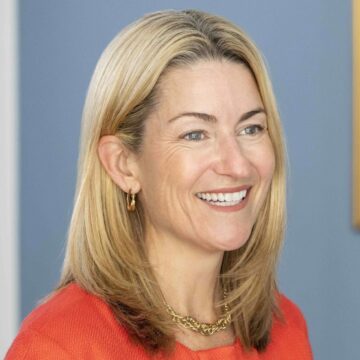 Gretchen Crosby Sims is a Chicago-based executive with Hakluyt & Company, a global strategic advisory firm. She joined the firm in 2021 to launch and co-lead their Chicago and Midwest business and also leads the firm’s Senior Hires practice in North America.

Prior to Hakluyt, Gretchen held a variety of executive and strategy roles in the policy, politics, philanthropy, nonprofit, academic, and impact investing sectors. Immediately prior she served as the Executive Director of the University of Chicago’s Institute of Politics, founded by IOP Director David Axelrod to develop the next generation of leaders in American politics and public service. From 2015-2017, she was a Director at London-based impact investing intermediary Social Finance UK, where she led policy efforts and the firm’s education practice. Until 2014, Gretchen was the chief program executive at The Joyce Foundation, a private foundation in Chicago with assets over $1 billion and $50 million in annual grants.

Gretchen has also worked at the Council on Foreign Relations, CNN, Harvard’s Kennedy School of Government, and as a policy adviser to presidential candidate Bill Bradley. She holds PhD and MA degrees in political science from Stanford University and a BA in government from Harvard University.