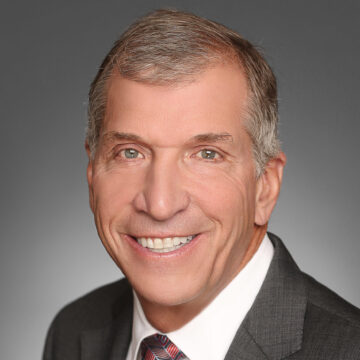 Bryan Traubert is chairman of the Pritzker Traubert Foundation, a philanthropy dedicated to equalizing opportunity in Chicago. A practicing ophthalmologist in Chicago for over 30 years, Traubert completed his residency at Michael Reese Hospital and was a fellow in clinical medical ethics at the University of Chicago. He founded Take the Field, which builds artificial turf fields in Chicago’s underserved communities, and he also founded and serves on the board of the Chicago Parks Foundation. Traubert is vice chairman of the board of WBEZ/Chicago Public Media, chairman of the board of the National Park Foundation and a member of the boards of Noble Street Charter Schools and the John F. Kennedy Center for the Performing Arts. He previously served as president of the Chicago Park District Board and as a member of the White House Fellows Commission. Traubert earned a bachelor’s degree from The Citadel and a medical degree from the University of Illinois. He was a 2016 fellow at The Distinguished Careers Institute at Stanford.

Appointed in 2018 by the Mayor of the City of Chicago.